(Joan Didion once remarked,“I write entirely to find out what I’m thinking, what I’m looking at, what I see and what it means. What I want and what I fear.” This piece developed in a similar fashion. It was written at the suggestion of Elva Narcia, Director General of the Mexican NGO Glifos Comunicaciones, an organization focused on communications and social media. It was one of those stories that only came into existence when I tried to set down my thoughts about the impending loss of the station where I spent my year in Kandahar.) 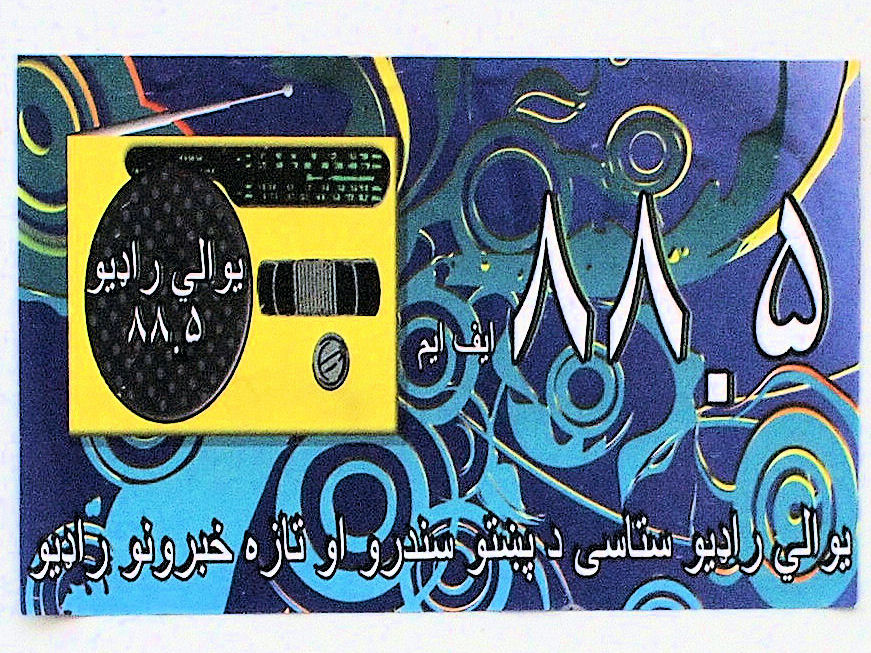 A few months ago I wrote some notes (The Many Lives of Radio Yawali Ghag) on Radio Yawali Ghag, the radio station in Wardak province founded by Internews Network with funding from USAID. That is the station rebuilt three times to date because of insurgent attacks either on the station or on nearby facilities. My conclusion was that the station was sustainable at a minimal level as a commercial entity, gaining enough in revenues to purchase fuel for the generator and pay a few staff members, but that it would never generate sufficient revenue if it needed to rebuild the facility without outside assistance.

The Radio Yowali of this article is a group of about half a dozen stations in the south of Afghanistan with studios In Kandahar. Yowali (or Yawali) are transliterations of the Pashto word which is usually translated ‘together.’ These stations identify themselves as a voice for unity.

The Radio Yowali programmed from Kandahar is relatively resource rich. It was founded and continues to be funded by NATO as an ISAF asset. Its multiple transmitter facilities, program links to the transmitters in other provinces, and a staff of more than a dozen all are maintained through international funding. All the messages on the station are either “infomercials” designed to facilitate government programs to aid agriculture or education or are more general messages in support of the peace process. There is no commercial funding of the station. It does not sell local advertising.

The target audience of this group of stations serving Kandahar and its neighboring provinces would be males 18 to 35 years old. At least that’s the major standard demographic group that is closest to the audience the stations are trying to reach and hold. Music programming constitutes the bulk of what is found on the stations. Unlike most of the other station in the region which are programmed from the capital Kabul, Radio Yowali puts forth the effort to find Pashto music which reflects the taste of its target audience. Some of the best input for music selection comes from within the station staff. Most of the staff are within the target demo.

The focus on this segment of the audience does not mean that other groups are overlooked in the stations’ programming. There are specific programs directed to women and coverage of Shura (elder council) activities is significant.

Most of the local programming effort is focused on the hourly newscasts. Here, Radio Yowali really shines in relation to other stations in the area. Along with membership in the major Afghan news agencies, Radio Yowali has a team in the field that allow coverage of events that are important locally but are overlooked in the news delivered from the capital. The effort towards local and regional news coverage is not found in the commercial stations available to listeners in the south of Afghanistan. Few stations in the south of Afghanistan could fund this sort of news operation. No other stations do.

The station set out from the beginning to establish itself as a credible regional news source. All material is delivered in Pashto. The journalists and announcers hail from the area and speak a Kandahari dialect. The journalists have retained their editorial integrity and the stories delivered are not slanted to be favorable to the source of station funding. The effort towards local and regional news coverage is not found in the commercial stations available to listeners in the south of Afghanistan.

Good market research is scarce in Afghanistan but the number of shops in the bazaar that have radios tuned to Radio Yowali indicates high acceptance in the market. The objectives of the station have been met and goals achieved. The message has been sent and listeners in the south have experienced a true radio service in the region.

I was saddened on returning to this country in August to learn that Radio Yowali will probably not survive to the end of the year. Funding cuts and the withdrawal of international forces will make it one of the casualties of lack of sustainability. I am familiar with the stories of misdirected funding found in Rajiv Chandrasekaran’s Little America. Radio Yowali is not one of those.

Rather than bemoan the loss of another bit of foreign construction that cannot be maintained by the current Afghan economy, I think it is appropriate to view Radio Yowali as a significant success. The station group was never designed to be transitioned into a commercial entity or have the likelihood of transfer to some benevolent government department. It was intended for a specific purpose of limited duration. It accomplished that purpose very well.

In the years of the station’s existence, listeners in four Afghan provinces had the chance to hear news and information specifically directed to them. Most of the other stations that can be heard in the region are associated with stations in Kabul. Most do not have the resources to fund a local news team of this caliber at the present time. Radio Yowali gave its listeners the chance to hear what radio can be like as the Afghan economy grows.

The station group also gave the staff, particularly the journalists, the chance to operate at the next level. They had a few years to work with a news oriented radio station of the sort that does not exist in the commercial realm outside of Kabul. This is termed “capacity building” in the NGO world but that term tends to minimize the significance of this type of opportunity. A chance to participate in an organization like this would not been available to any of the staff without this grand endeavor in local radio.

Having spent a little more than a year working at Radio Yowali I feel the loss from knowing the station will be with us only a short while longer. But, were I given the chance to remake the project into something at a smaller scale that had a chance at sustainability, I would not. The right choice was made. Many smaller stations will spring up as the Afghan economy grows. Radio Yowali has given root to the idea that a news and information radio service is possible outside of the capital city. It has exposed listeners to what radio can be when serving the public interest is placed at the forefront of station goals. Radio Yowali may go away but it has blazed a path for future service minded broadcasters to follow. It has performed its purpose well. Its impact on the community will be felt for years to come. It will be well remembered and others will fill its place.

NGOs take note; sustainability is only one in a larger inventory of effects. The value of a project is always measured by what it brings to human experience no matter how difficult that might be to quantify. 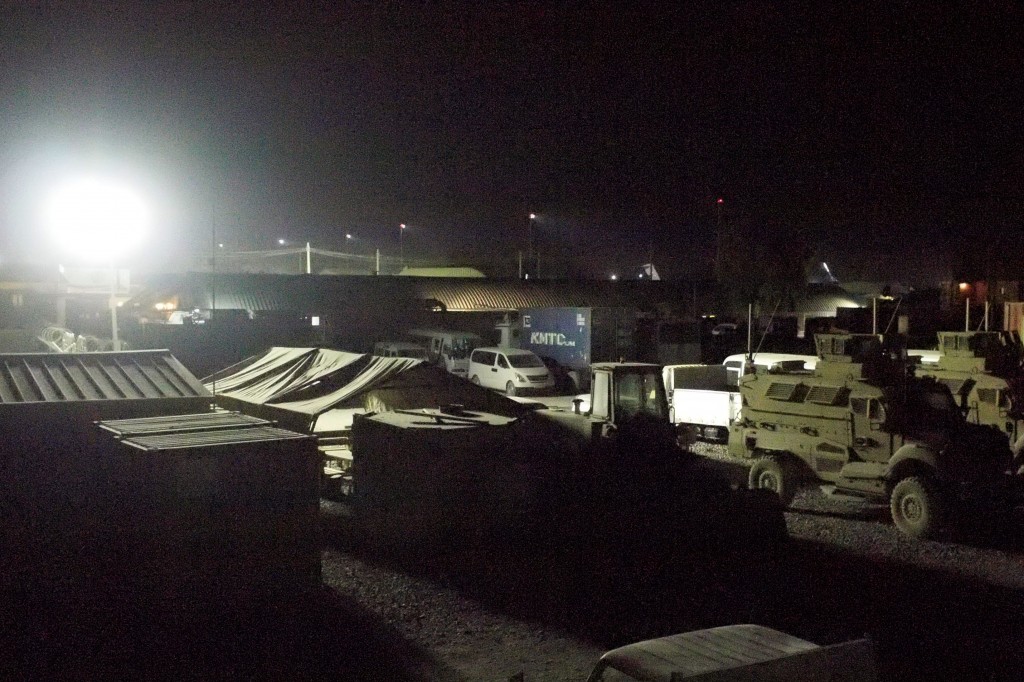 The neighborhood at night near Radio Yowali