Things have changed since I attended the BFA (Balloon Federation of America) competitions in Indianola (Iowa) almost forty years ago. It used to be that hot air balloon rides were done in a basket that could hold five or six people at best. A basket for competition might hold just one or two. The one I was in last Sunday (20 September 2015) could easily accommodate twenty-four or more. There were twenty in our party plus the pilot. 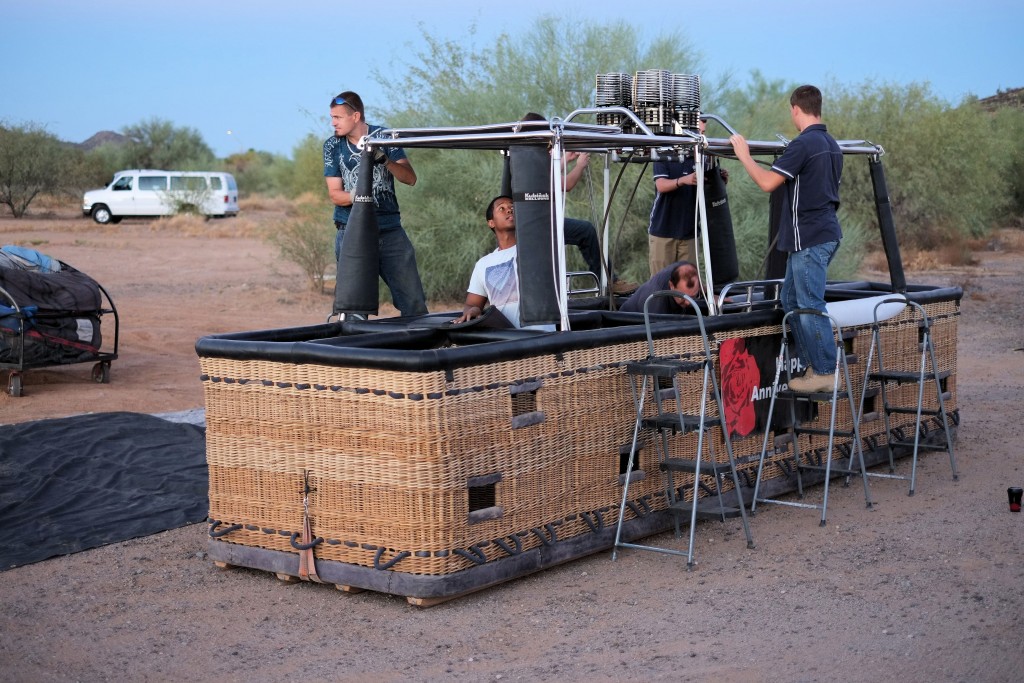 The basket on this balloon was about twenty feet long and a tad over five feet wide. It is the next to the largest made by Kubicek Balloons of the Czech Republic and the balloon is currently the largest one flying in the US. The purchase from Kubicek was prompted by the current favorable exchange rate. Four burners were about right for the size of the envelope. It required four gas powered fans to do the inflation of the envelope. 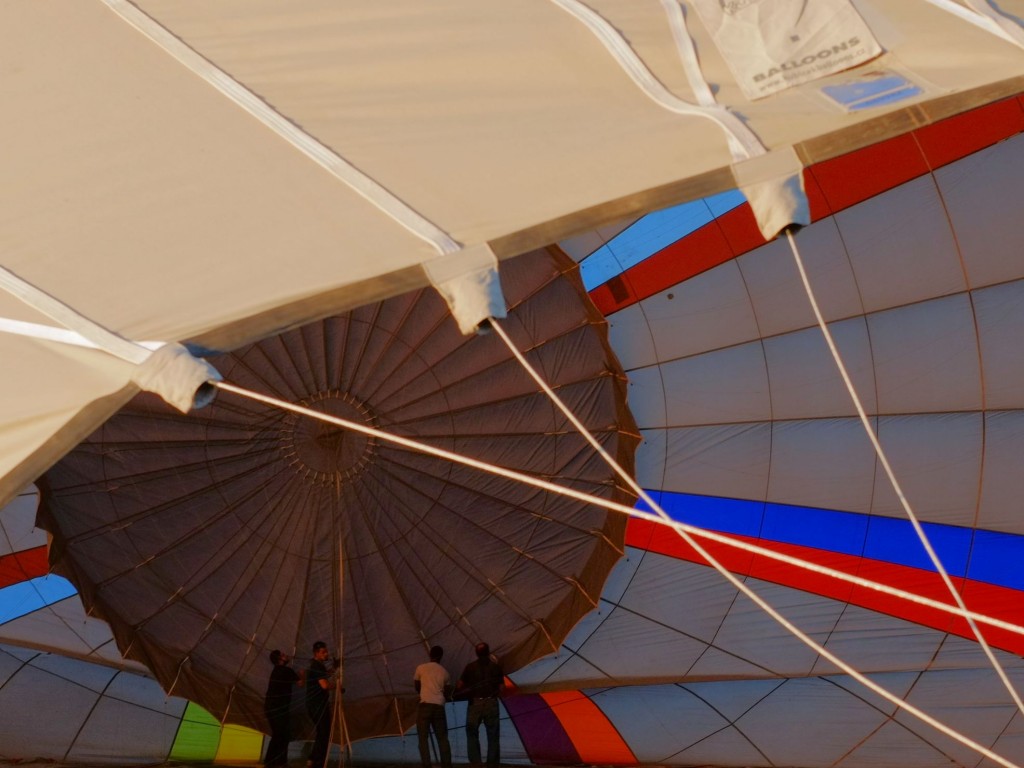 I don’t know how much air was displaced by the envelope but it was big. The photo above doesn’t really provide any sense of scale. Kubicek recommends an envelope of about fifteen-thousand cubic meters in temperate zones at low altitudes for a basket this size. 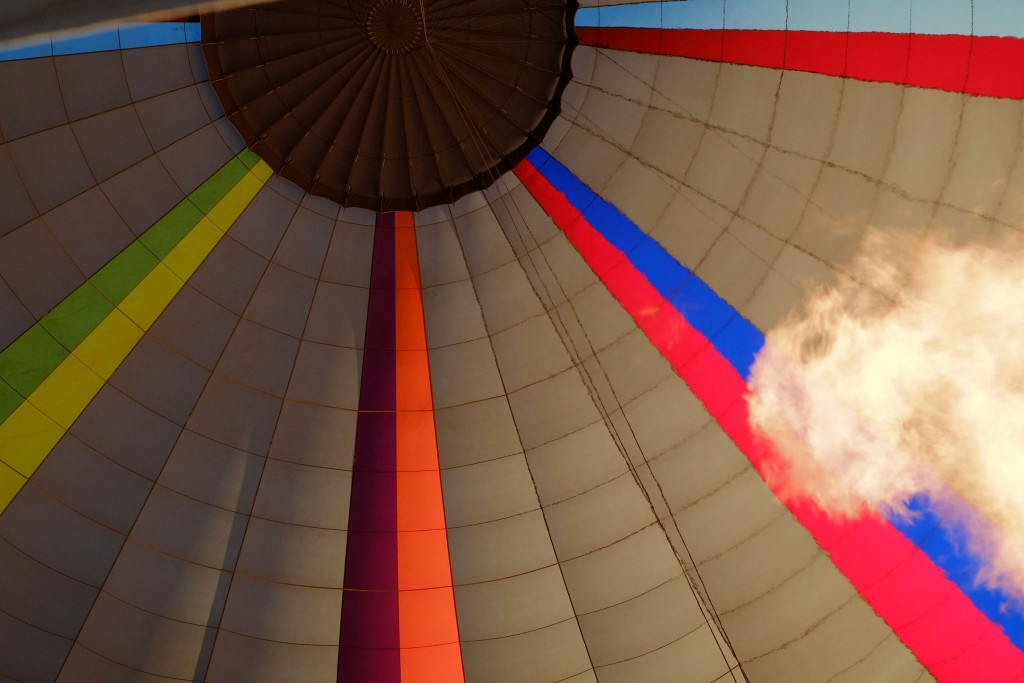 Here we have the mandatory flames-into-envelope photo as we were lifting off the ground. 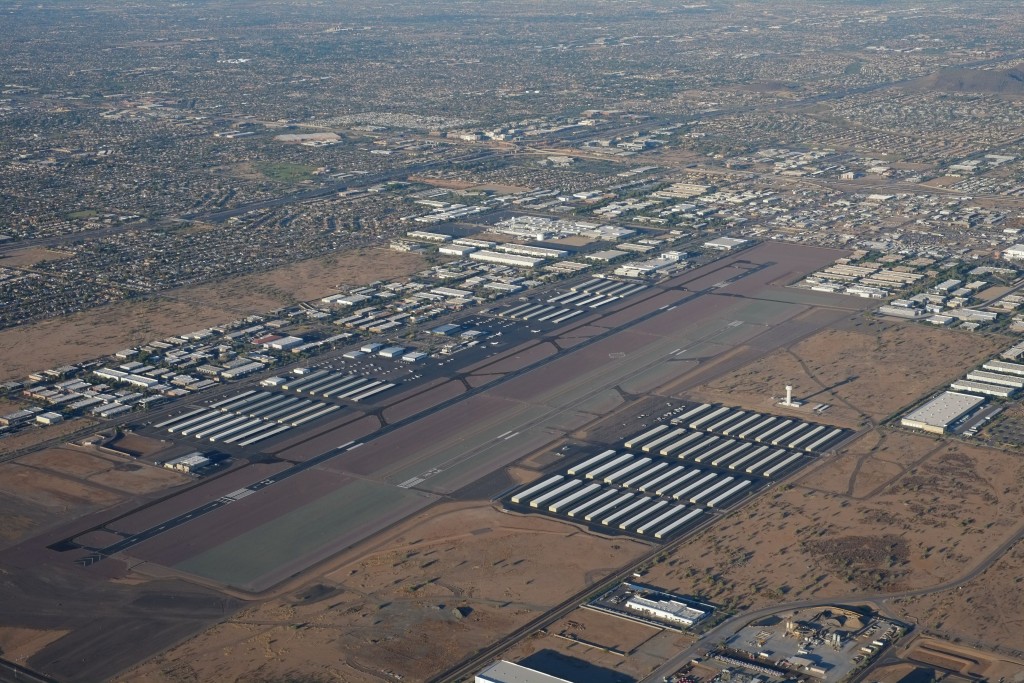 We got an overhead view of activity at the Deer Valley Airport during most of the ride. 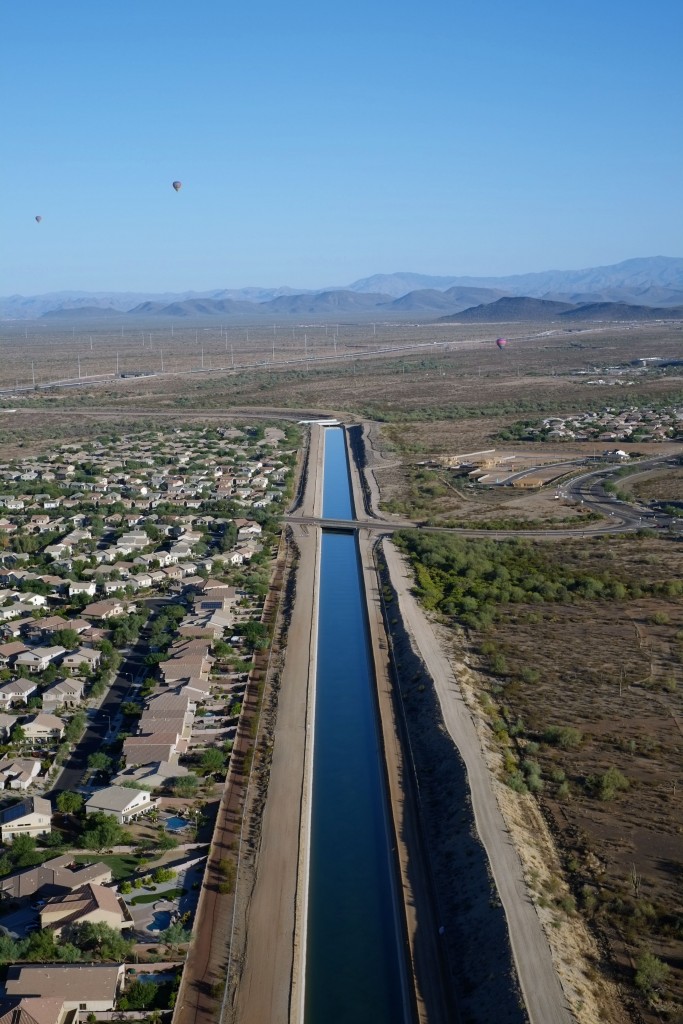 The Central Arizona Project Canal was the big landmark on our flight. 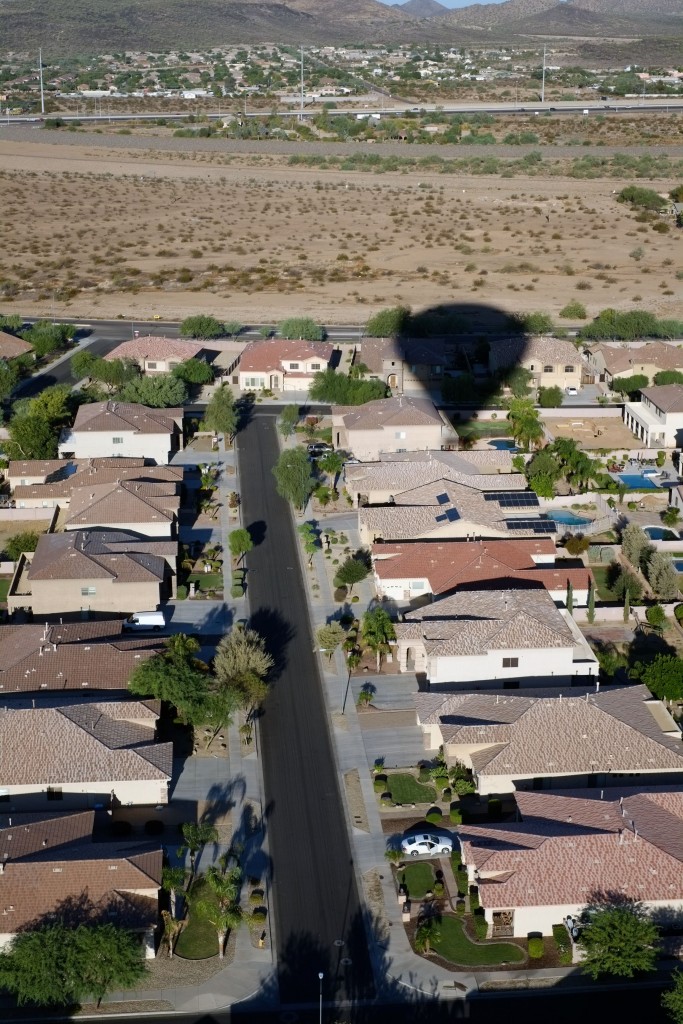 Checking out the Deer Valley neighborhoods was interesting but I would like my next hot air balloon flight to be somewhere more picturesque. I also prefer the smaller balloons. It’s the same sort of thing that makes a flight in a Cessna 172 seem more of an adventure than one in an Airbus A320.

Not to worry. Time spent in the air like this is time well spent. 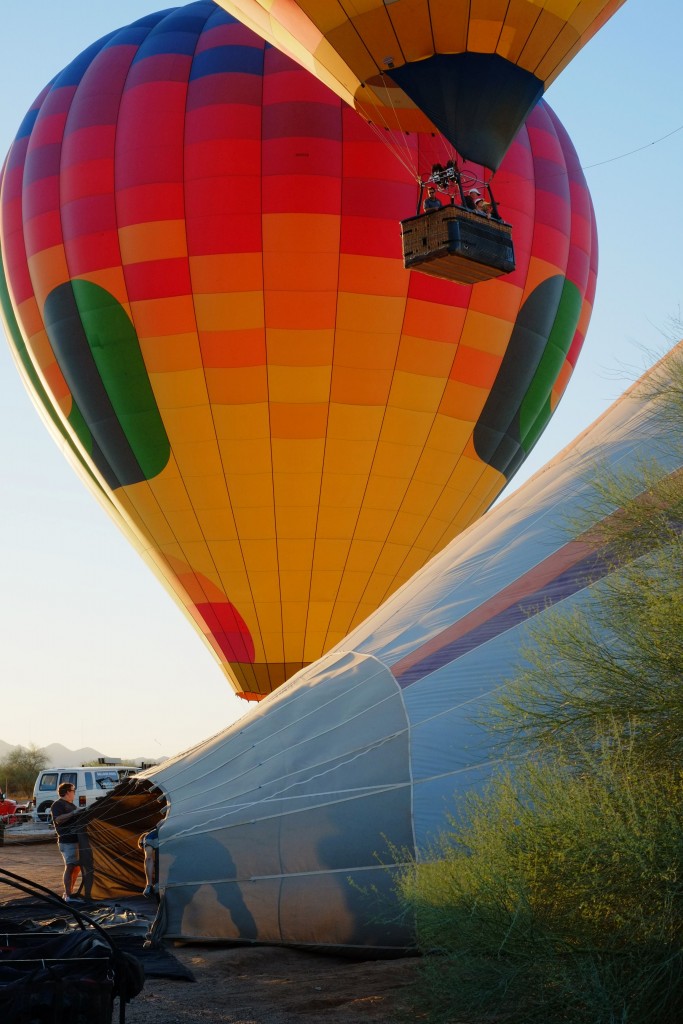 Hot air balloons are also great subject matter for photography. It’s hard to make a bad photo around a launch site.  They don’t pose but they don’t move around real fast either.