Diego Rivera could have a field day here. In fact, several thousand mural artists could have full time work for a number of years with the sheer surface area of blank, grey spaces calling out for color and design.

In the ten months I spent in Kabul I only passed two or three locations where any use was made of the city’s vast mural spaces. To be honest, there may have been many more in those areas where the artist was less likely to be observed by someone who would object to images or text on the concrete facade.

The surface area available where I am living now, at the military side of Kandahar Airfield, is much smaller than that offered in Kabul. Most of the concrete blast walls are much lower as well since they are often protecting single story buildings. But I am starting to find some evidence of the creative attraction these surfaces have for anyone artistically inclined or who wants to make a public statement of some sort. Most any sort of decorative art has more appeal than the pedestrian posting of parking regulations as shown here. 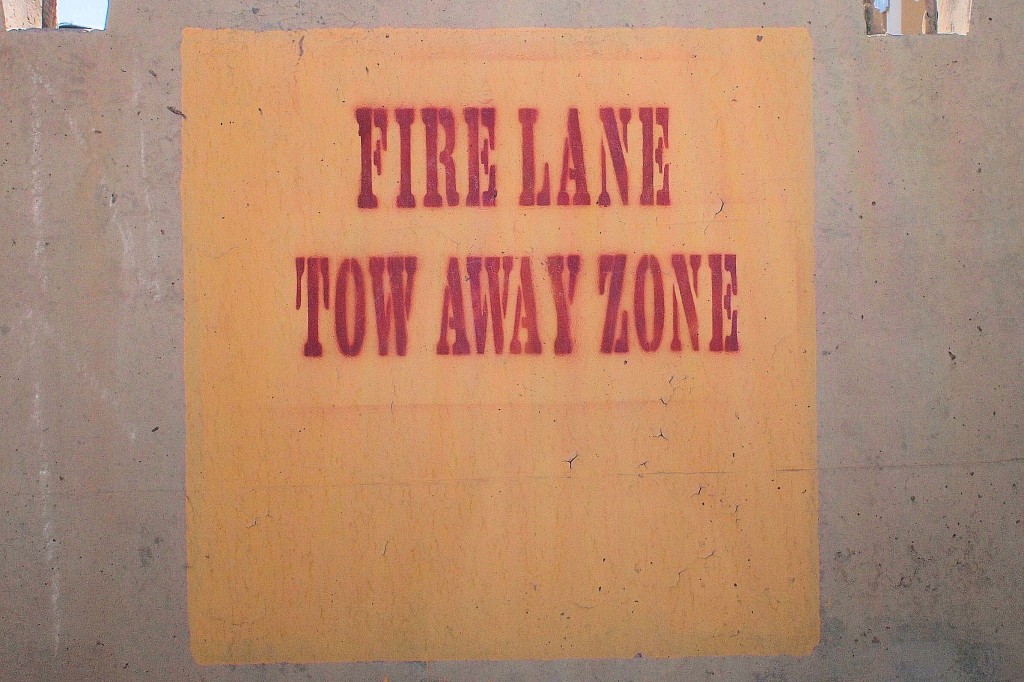 I live in a modular building that is a short walk away from some of the early experiments with concrete as canvas. The simplest and least permanent use of the space is for a birthday message. Here the wall serves as an eye level blackboard for the foot traffic through the housing area. 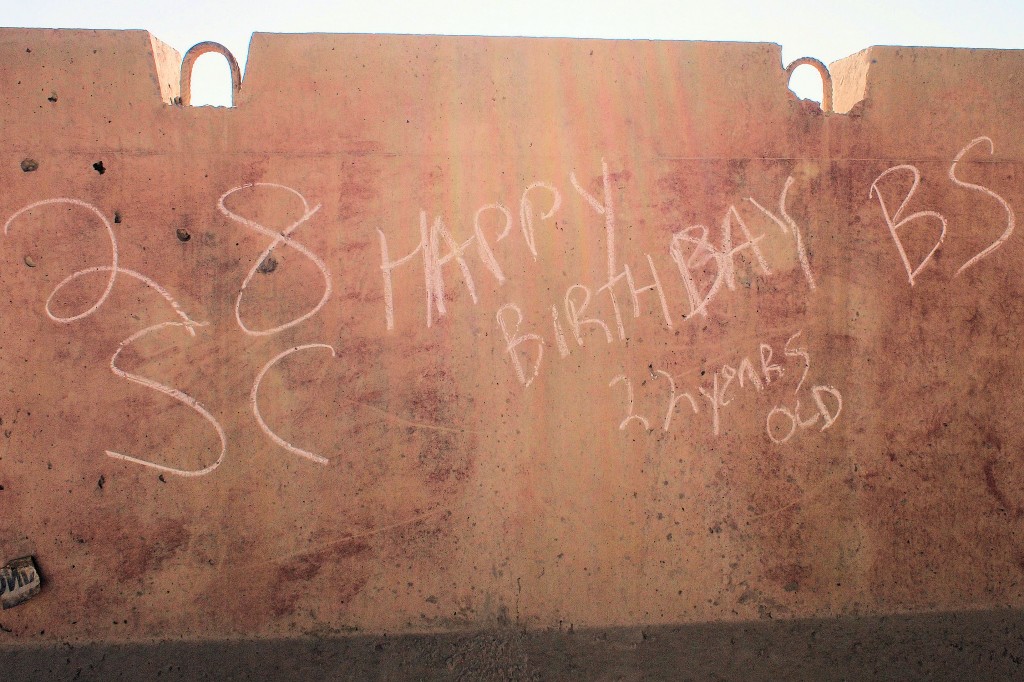 The next variation of work with these materials is the quick sketch of the smiley icon. 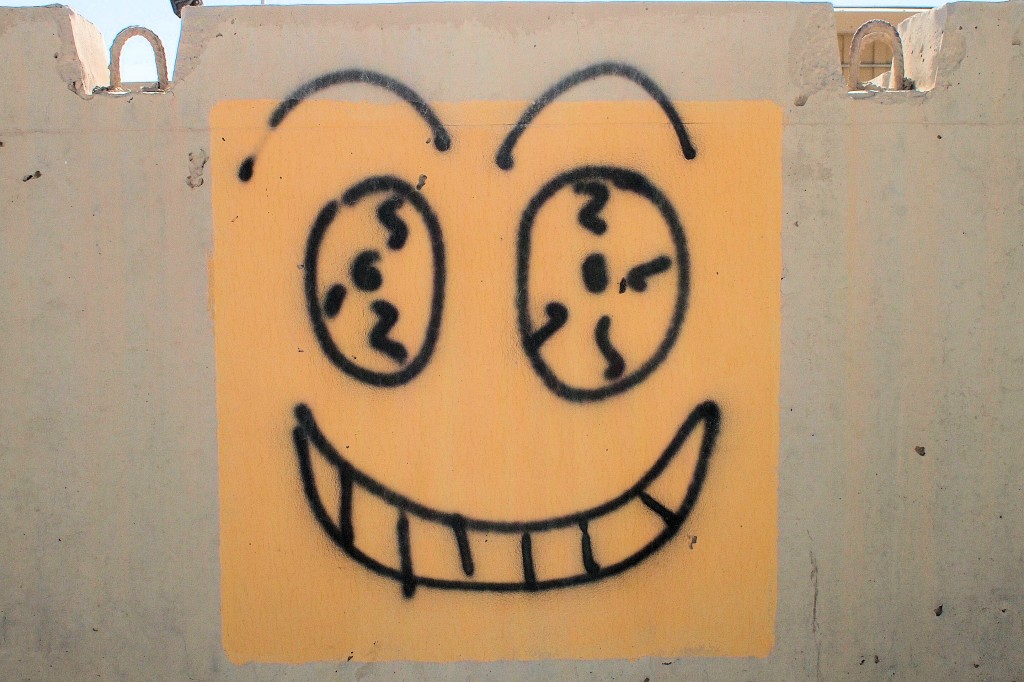 Not far from this image are walls where stencils are used extensively. A few seem to be areas where the images are posted to help in later selection of color and composition. 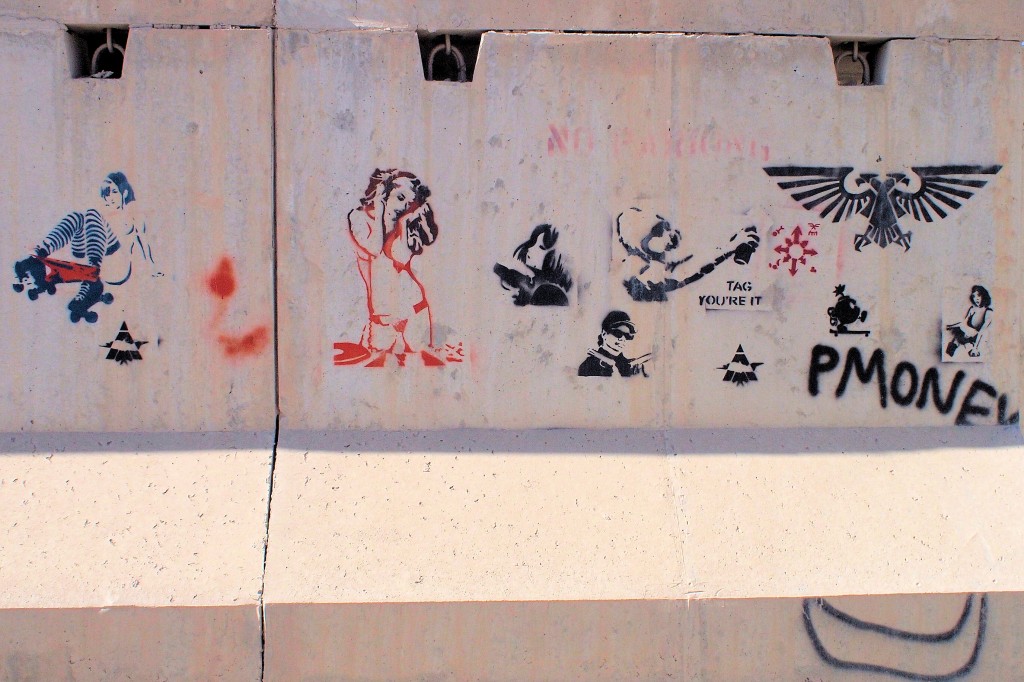 The “Tag You’re It” stencil would seem to suggest the option of agitprop but the other designs are more typical of an image you might find in a college dorm room. 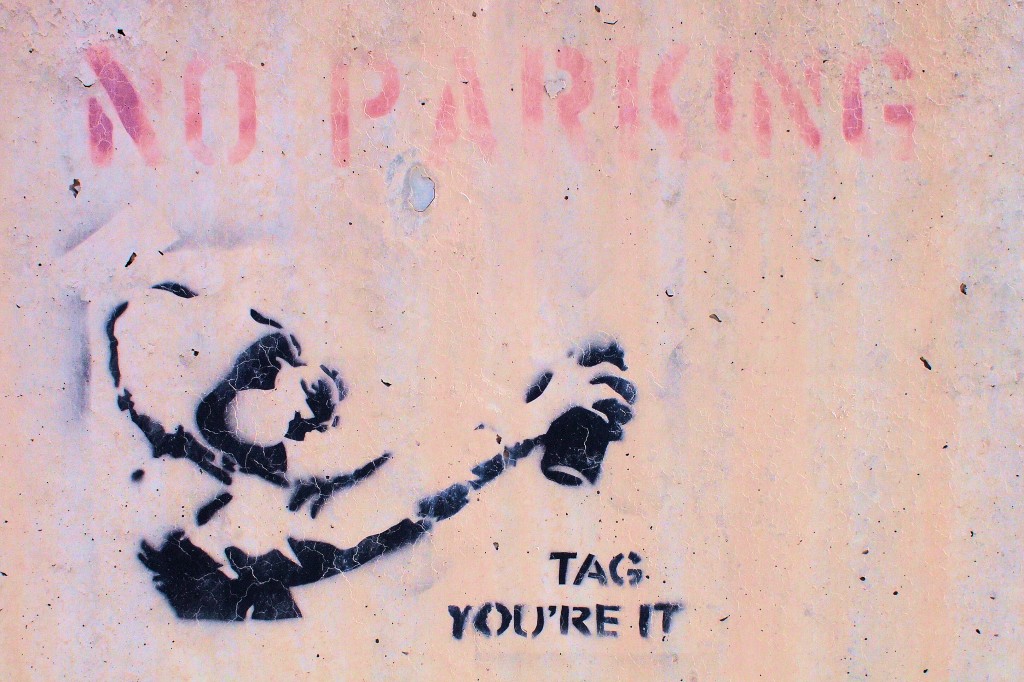 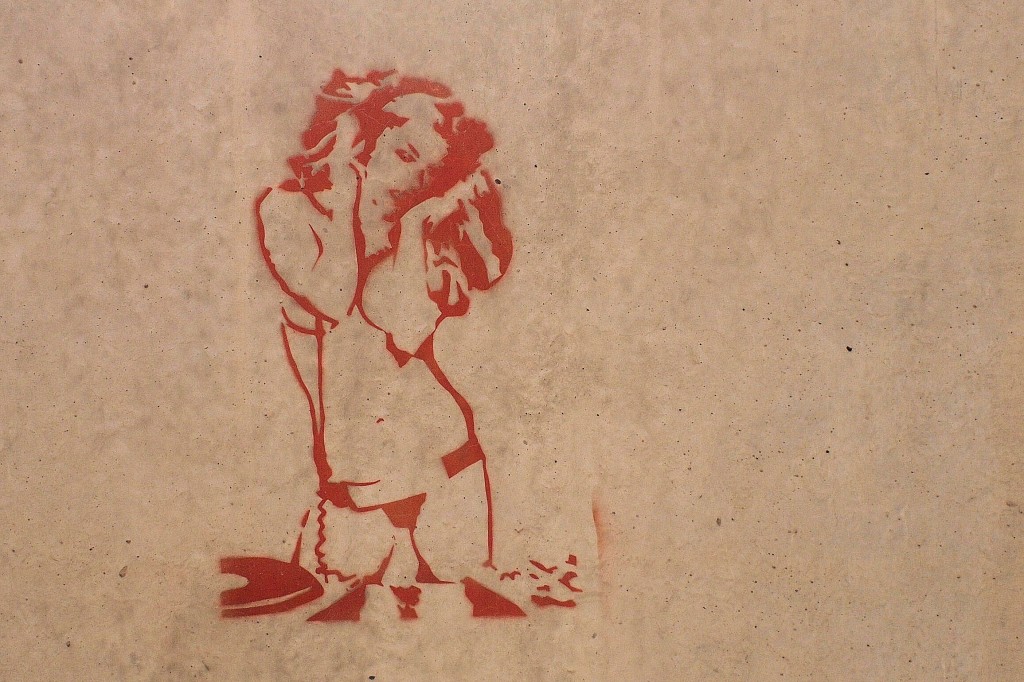 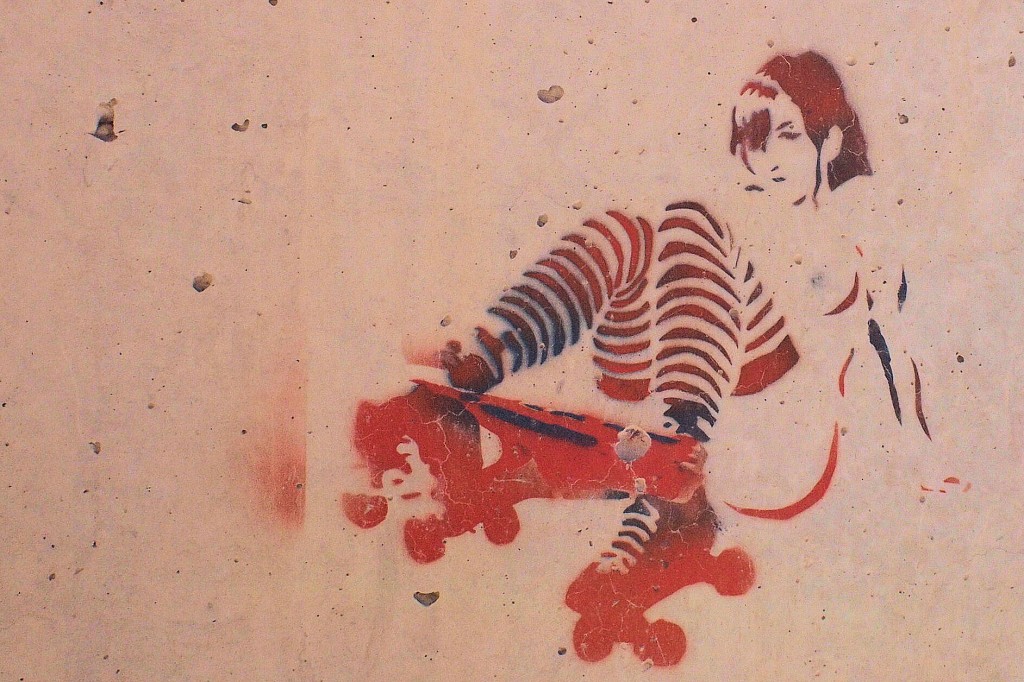 The next example started as “Beware of Zombies” and the eyelashes and “Females” text were added by way of commentary a few weeks later. This appears just outside a female housing unit. 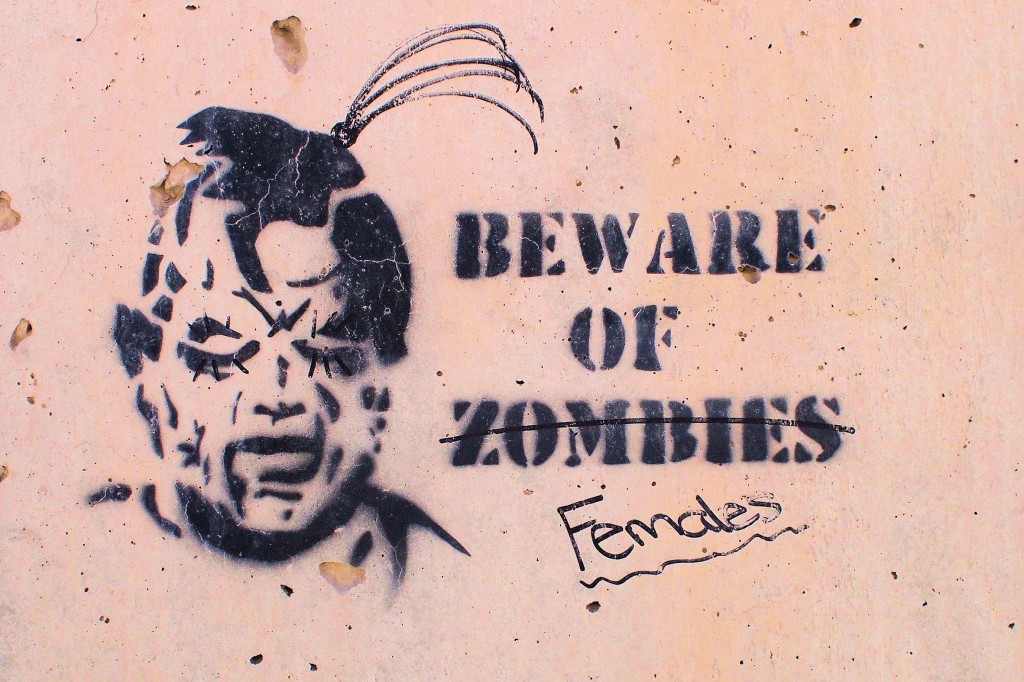 This last one is the closest example to mural art that I have come across at KAF. I don’t know how long this has been up but there is some weathering noted. This is located a few spaces away from the ” . . . Zombies” image.