A trip to the Wayang Museum brought us to the old section of Jakarta where we got to see a magic act and to glimpse SpongeBob SquarePants. 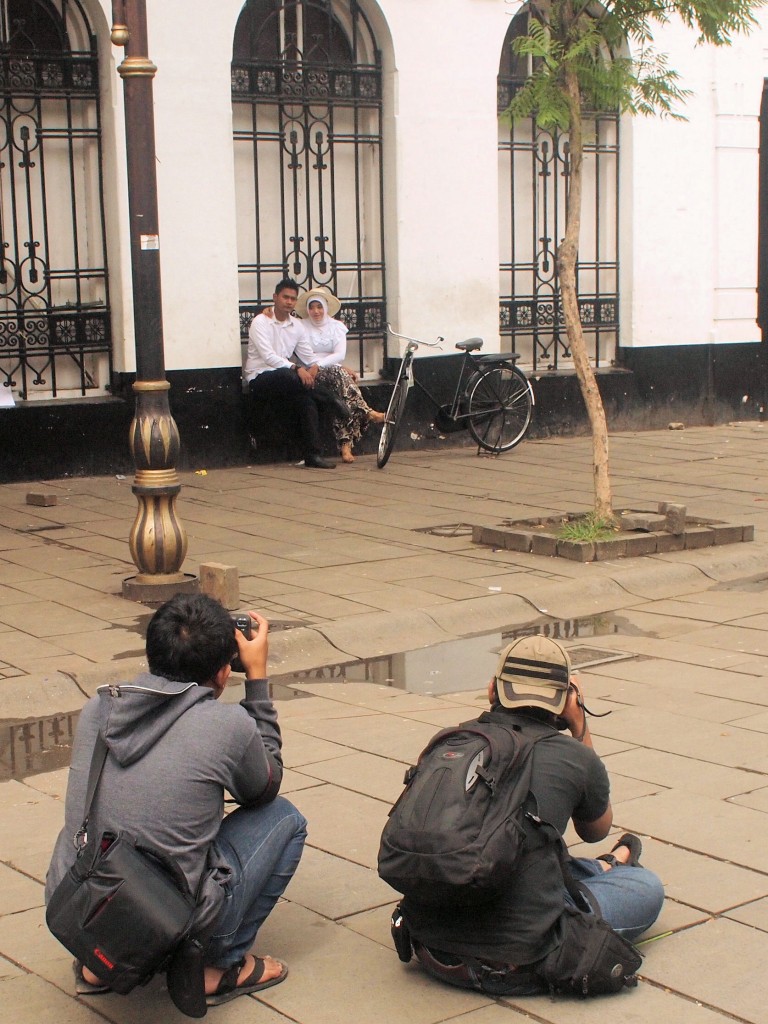 Picture Me at Kota Tua? This should have been my indication that more photos awaited in this section of the city. 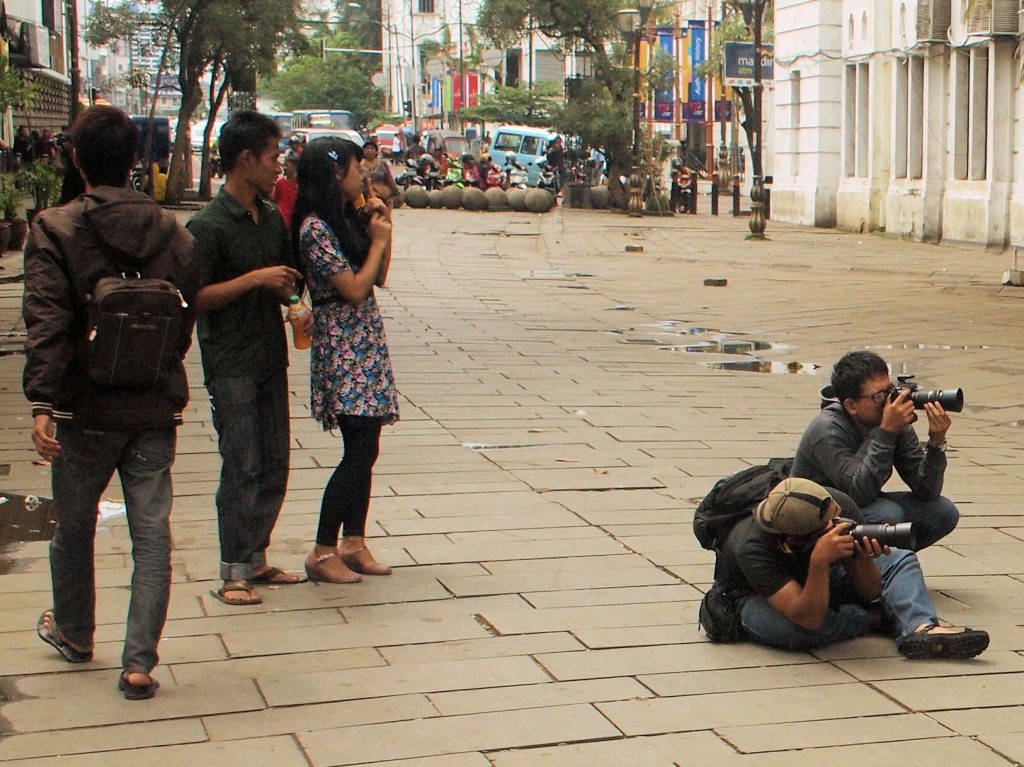 Other photographers at work. 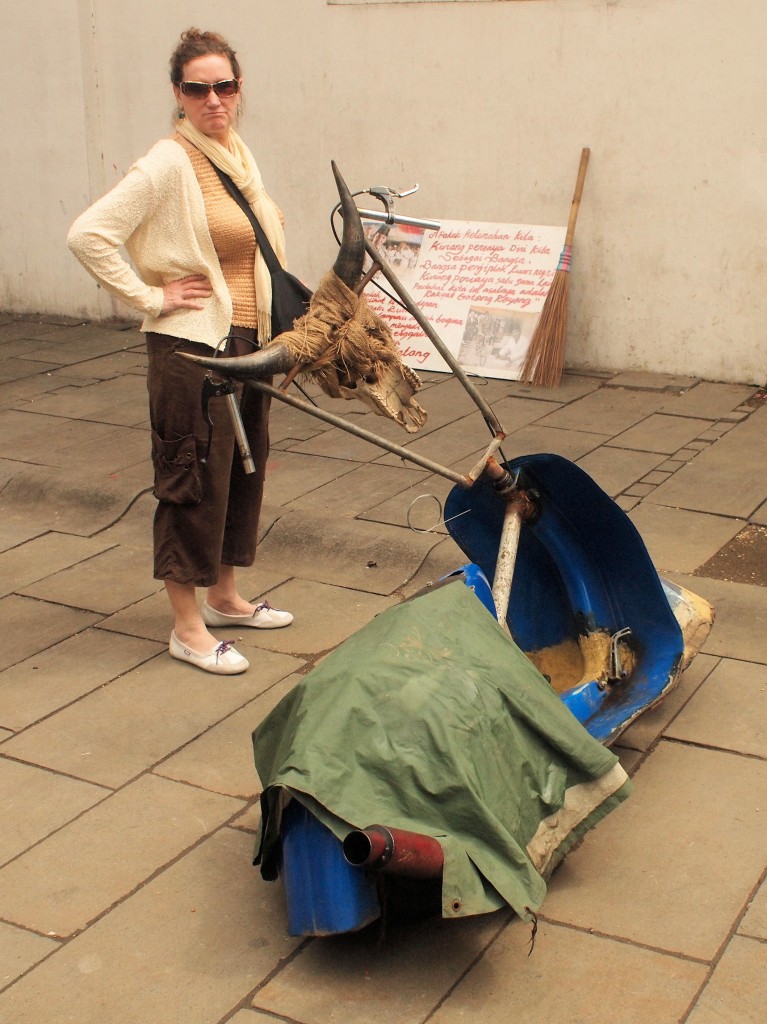 A touch of the Old West? 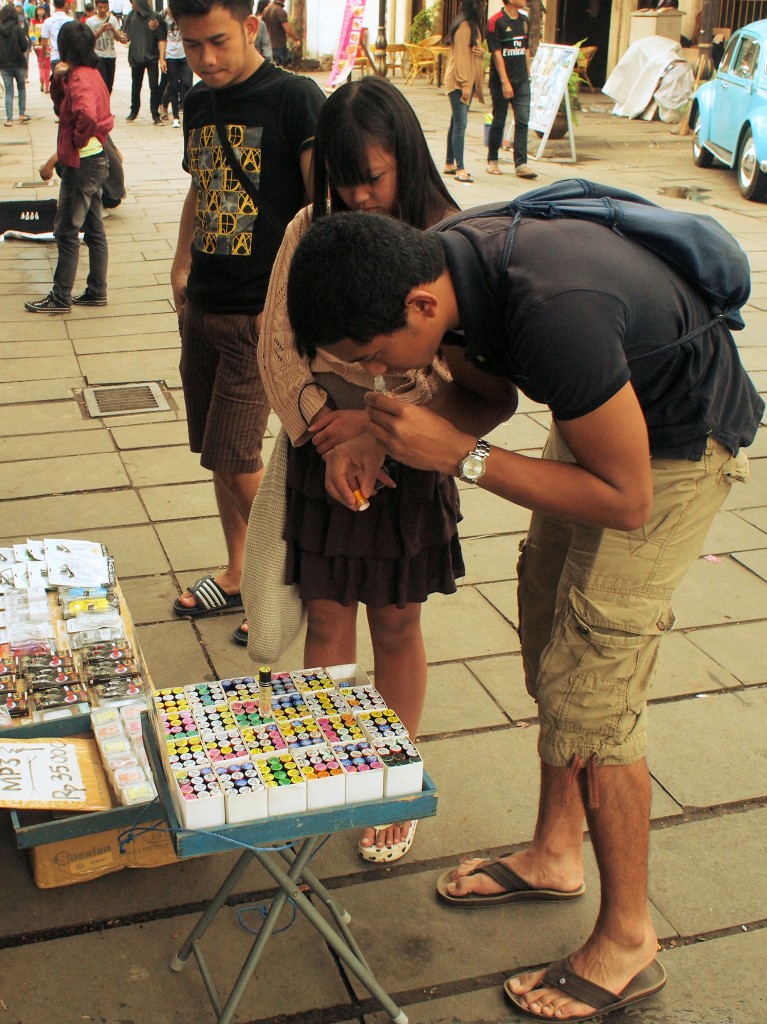 There was no Chanel No. 5 to be found but the prices were very reasonable. 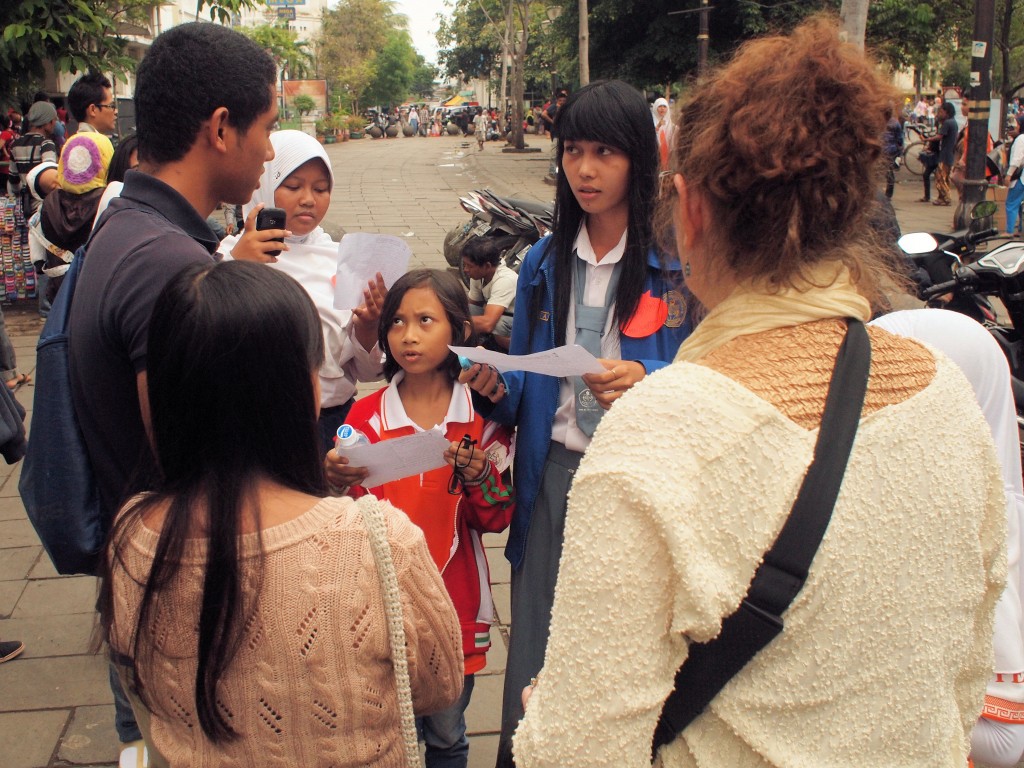 Here the interview is used as a technique for practicing English with native speakers. 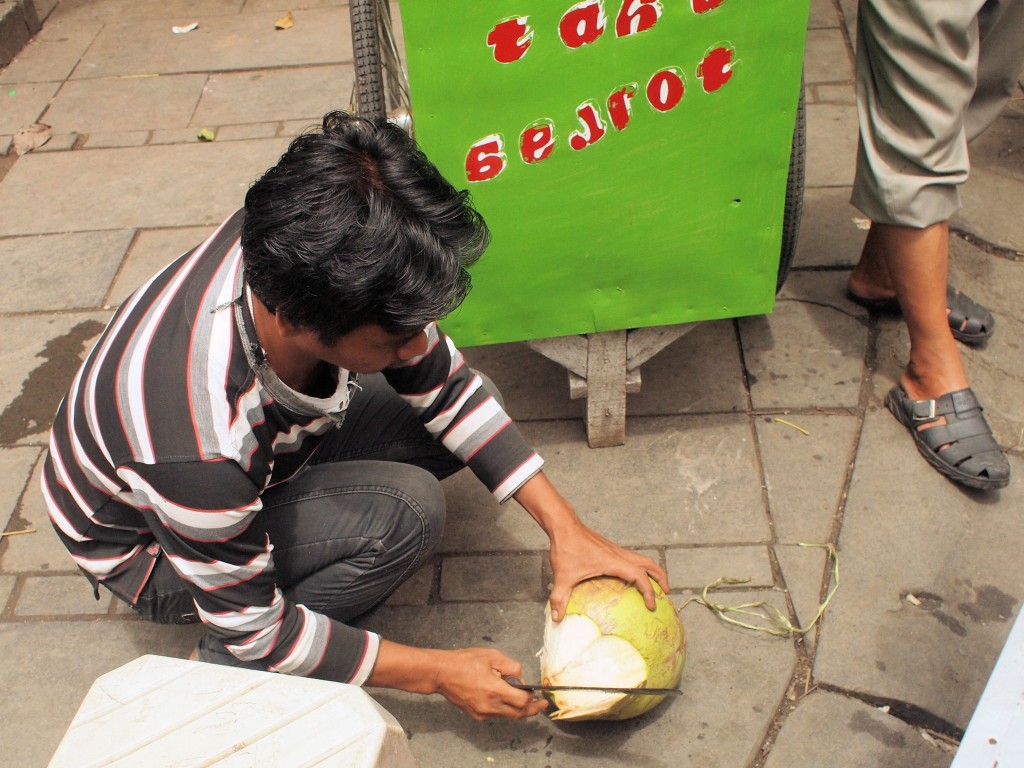 Kelapa muda, young coconut, is a cure for most anything. 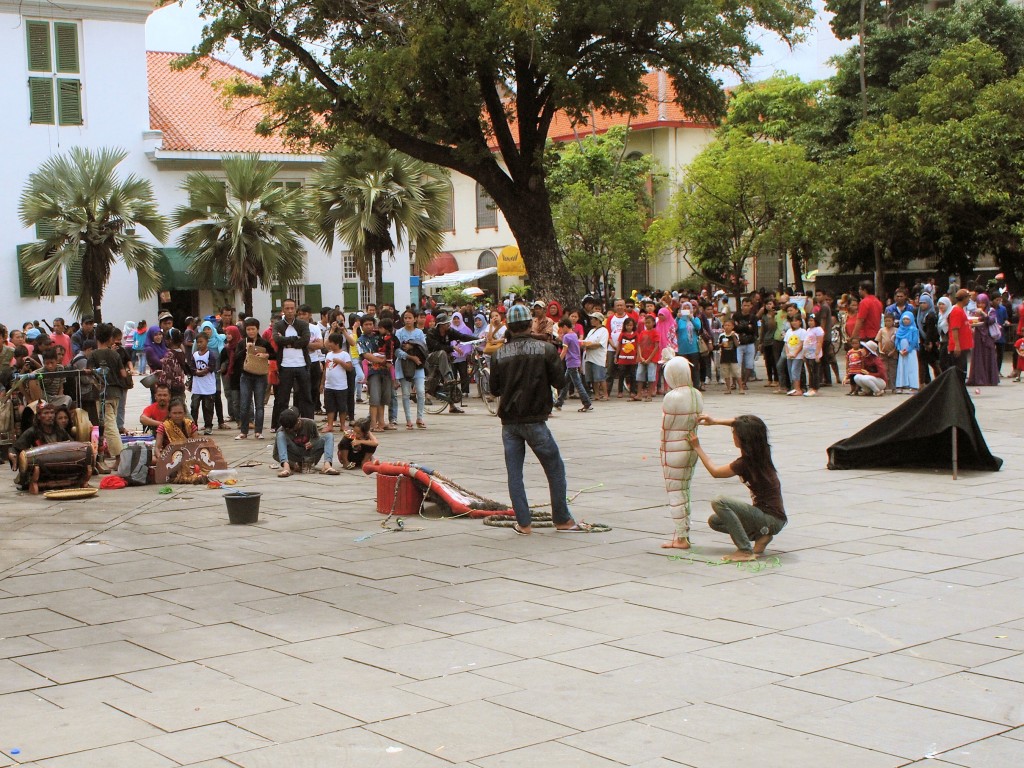 We encountered a magic act in front of the Batavia Stadhuis. The Governor’s offices of colonial days are now Museum Fatahillah, the historical museum. 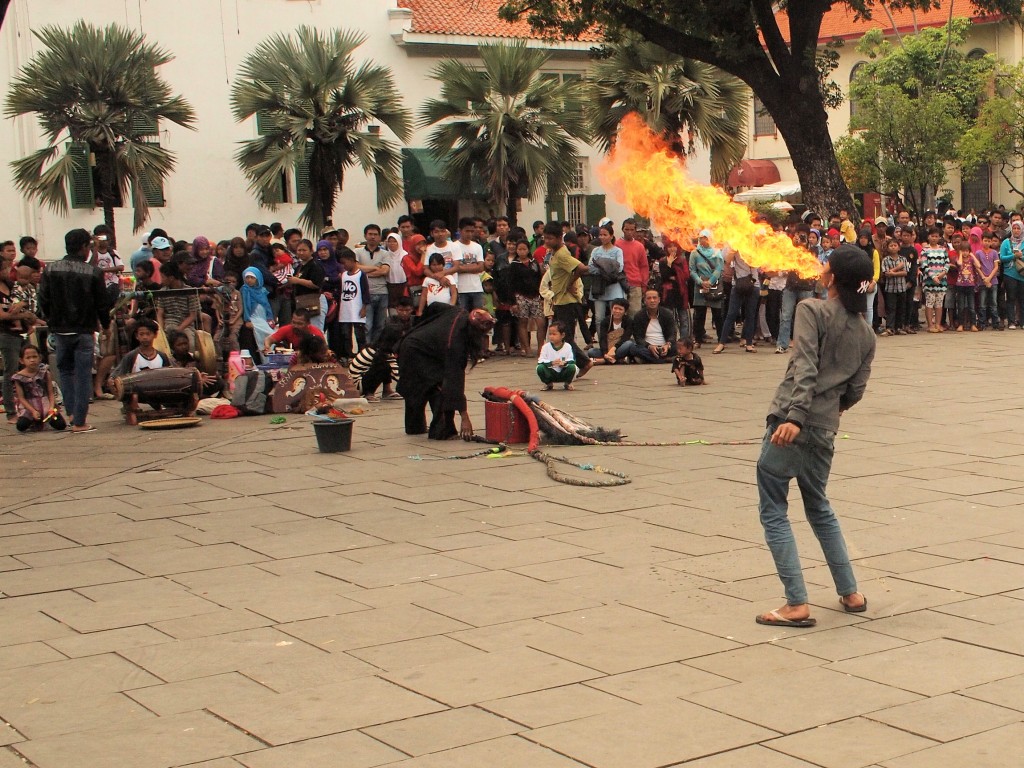 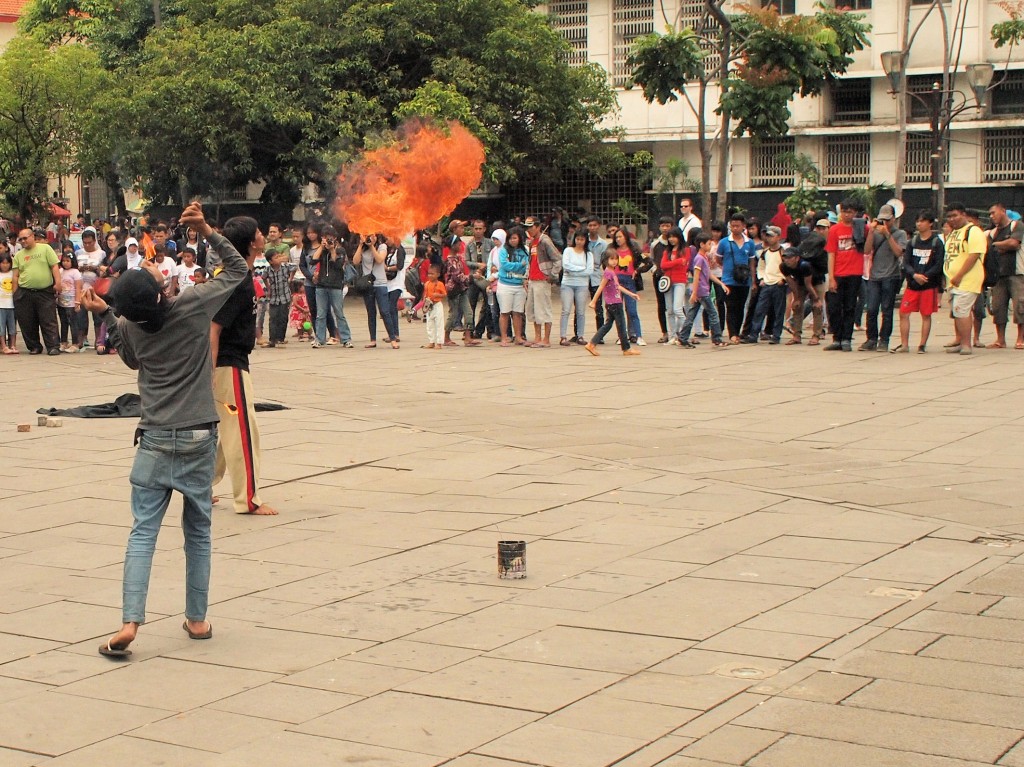 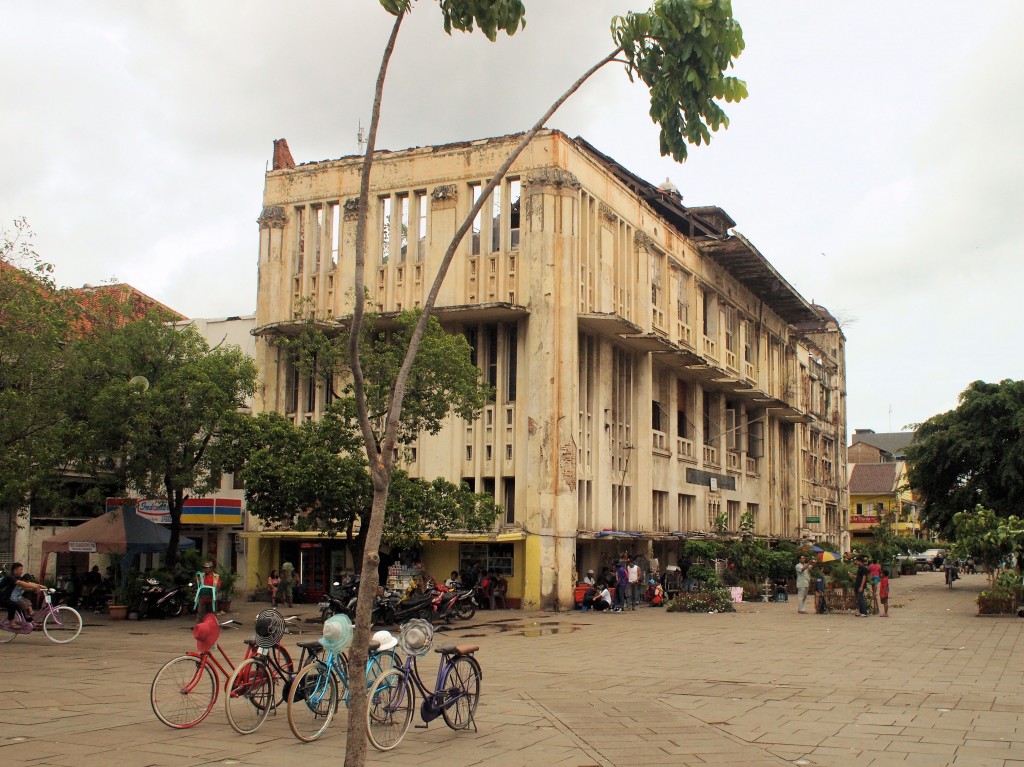 Not all the buildings are well preserved. 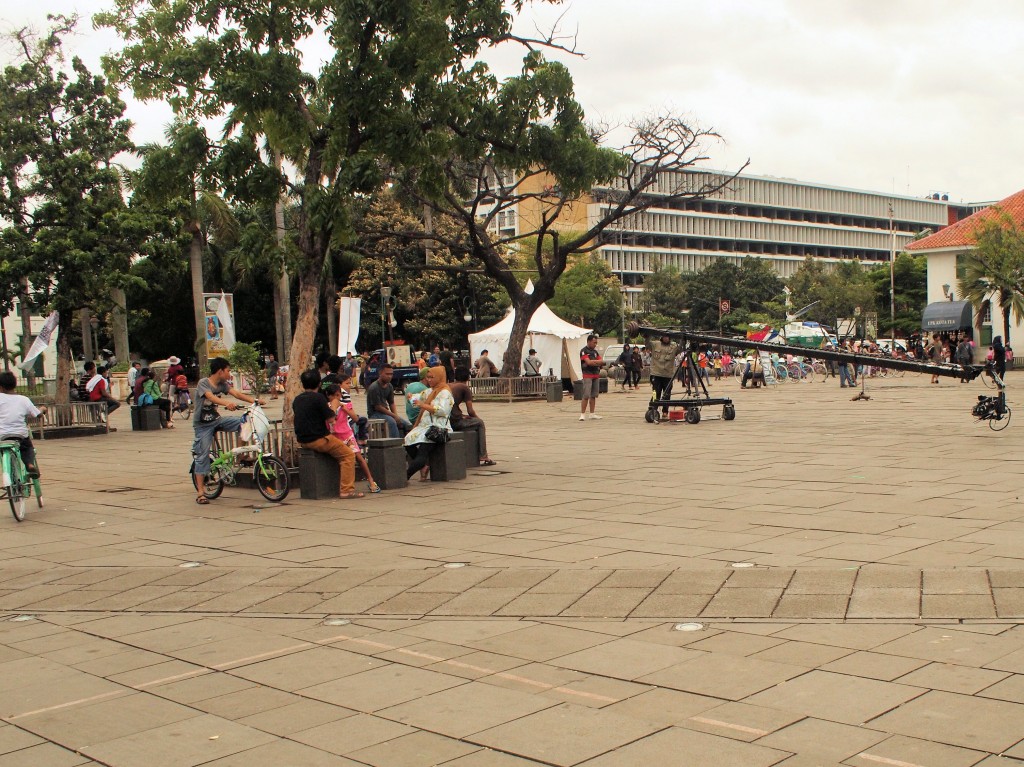 Recording equipment seemed a regular part of what we encountered as we toured Jakarta.

We missed getting our picture taken with SpongeBob SquarePants. 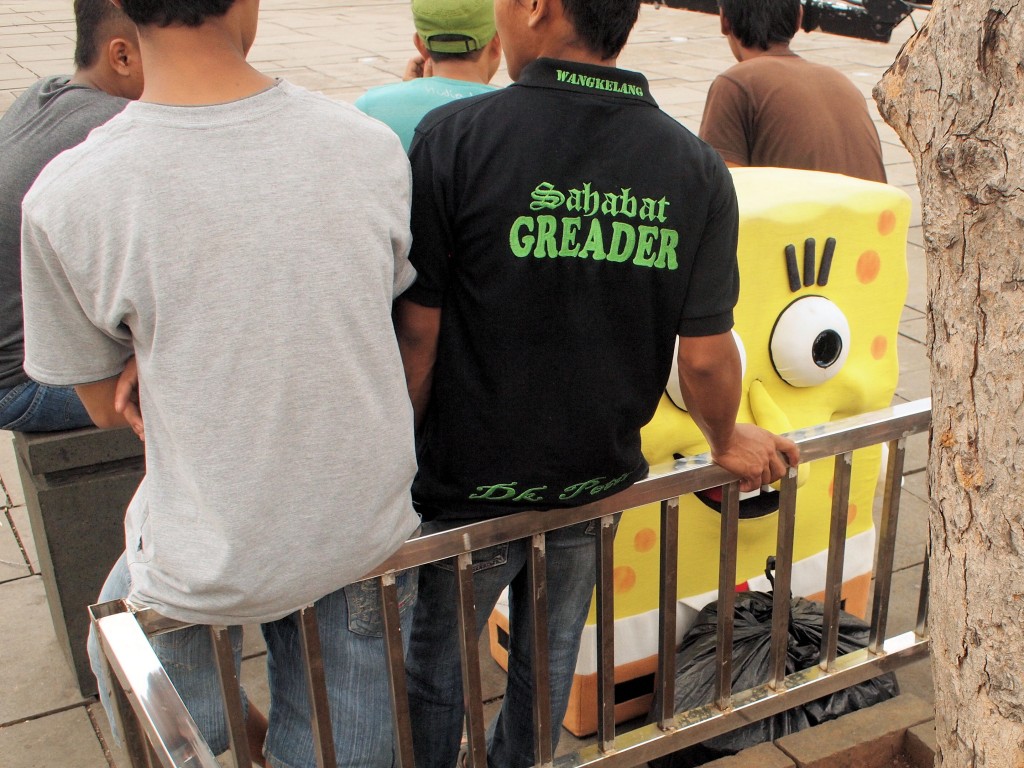 SpongeBob needed a rest. It had not rained yet. He was probably a bit dried out. 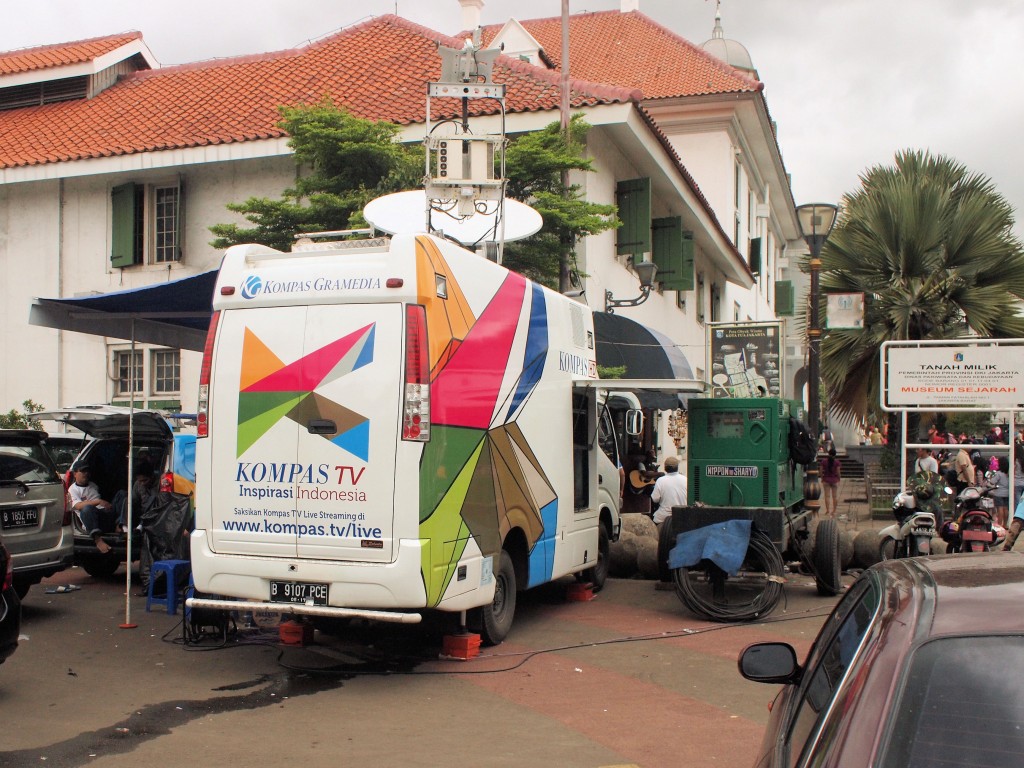 Last time in Indonesia, Kompas was just the newspaper. It’s a television station now too.