I saw some video at the NAB a few years back showing the unique construction of Indosiar’s 395 meter structure. It is a hybrid design. The upper portion of the tower is guyed to a lower self-supporting section. The result is the top of the Jampro antenna residing at 1296 feet above the ground. The design preserves real estate, a precious commodity in Jakarta, and qualifies as the archipelago’s tallest structure.

In the trip to visit the Indosiar transmitter site in Kebon Jeruk I managed to connect with four people who I had worked with up to the time I left IVM in 1997. Since my visit I have managed to connect electronically to a few more. Maybe that’s appropriate. I did decide I don’t want to wait fifteen years before getting back to Indonesia for another visit. 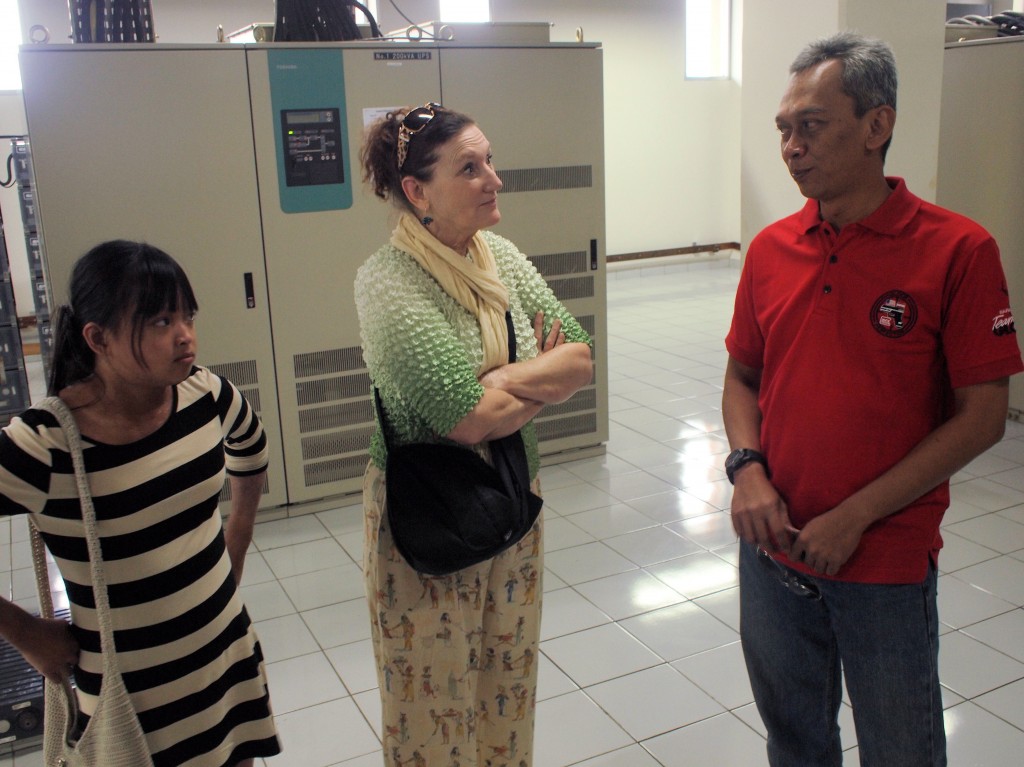 This photo is here not because it describes the transmitter site but rather that it captures Wayang Orang postures. The two visitors from the West have adopted the poses attributed to wayang portrayals of the Dutch. The hands-on-hips stance is an especially evocative expression of arrogance. At least that is the way it is used in performance. 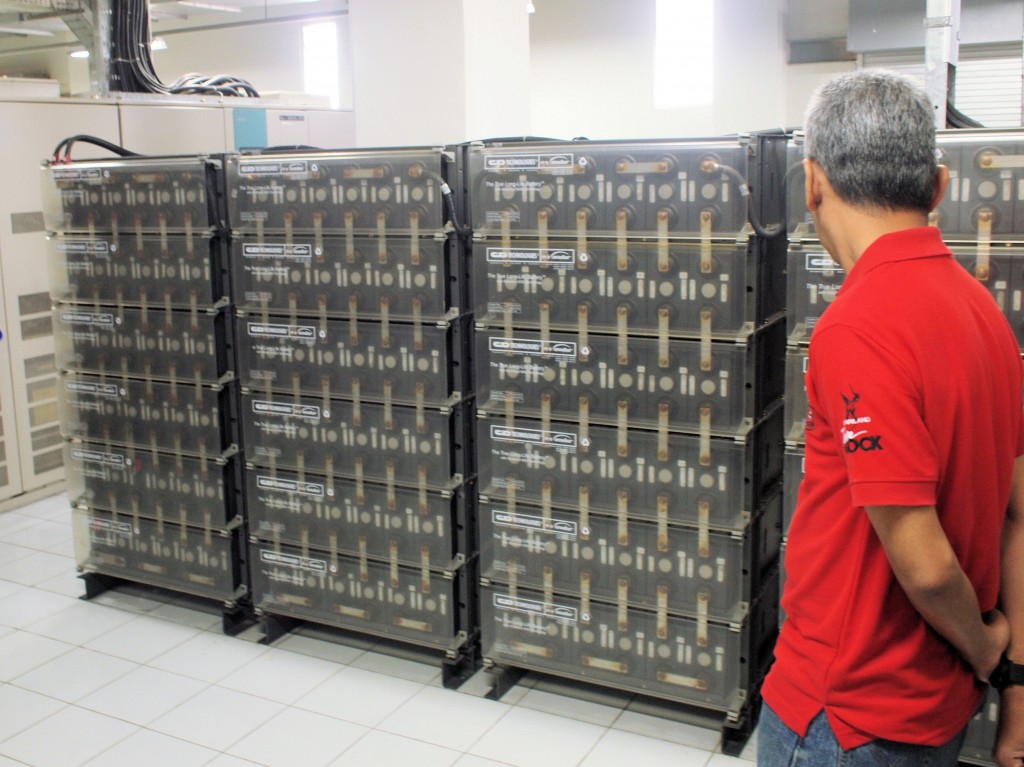 Some of the batteries in the UPS banks. When you get to the tens or hundreds of kilowatts it takes a lot of batteries to be able to operate long enough for the generators to take the load. 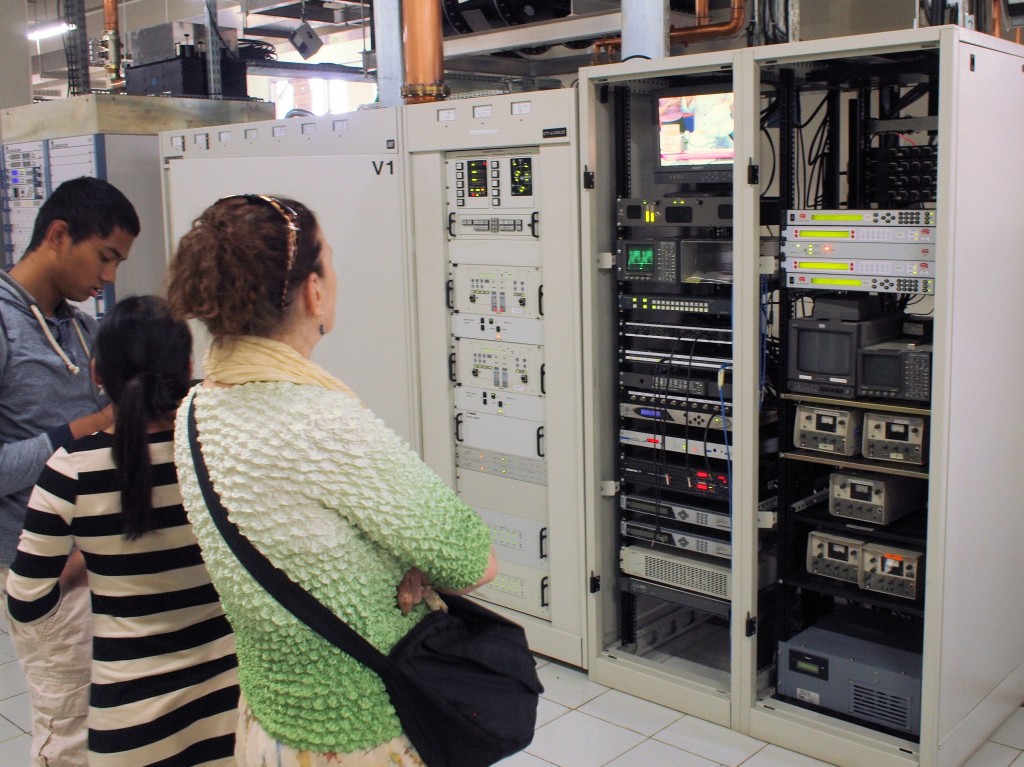 A lot of what’s here are things you can find at most transmitter sites anywhere. The bulk of the terrestrial viewers are still watching PAL analog television. 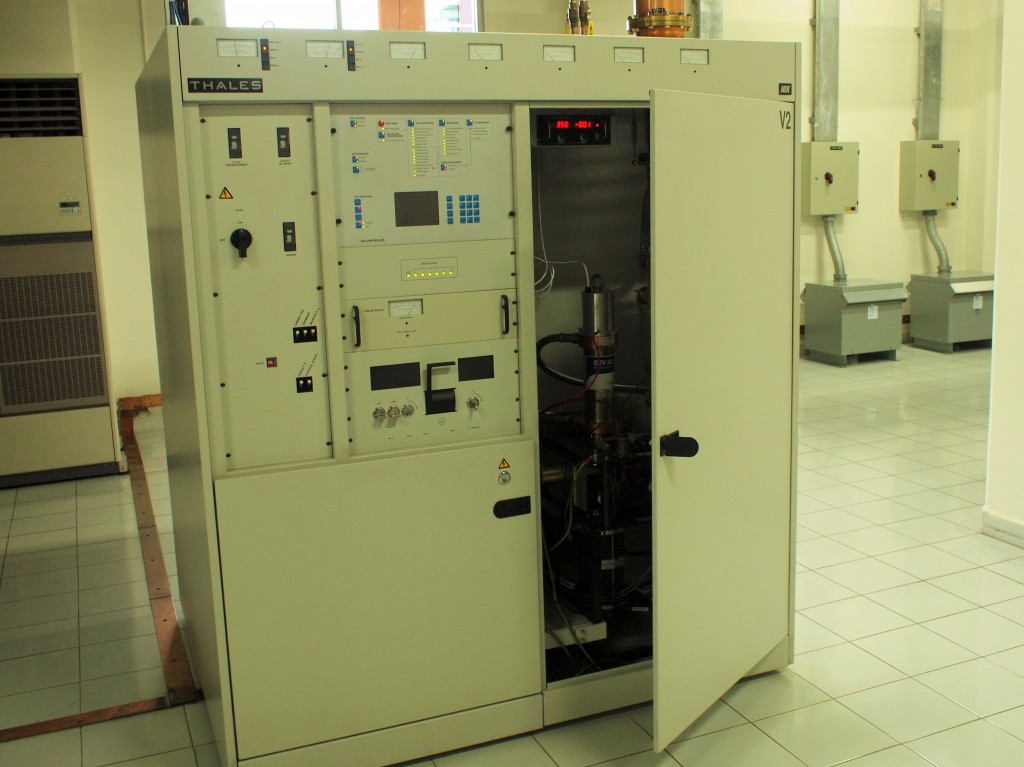 It was Comark at the first Jakarta site at Joglo and the other seven sites in the first round of construction. The company was then Thales and Thomson. Now we have again returned to Comark.

Indosiar had just edged ahead of a Finnish broadcaster for having the largest number of IOT sockets in use when the first eight stations were constructed. I wonder who has that distinction these days. This EEV cavity brings back some memories. 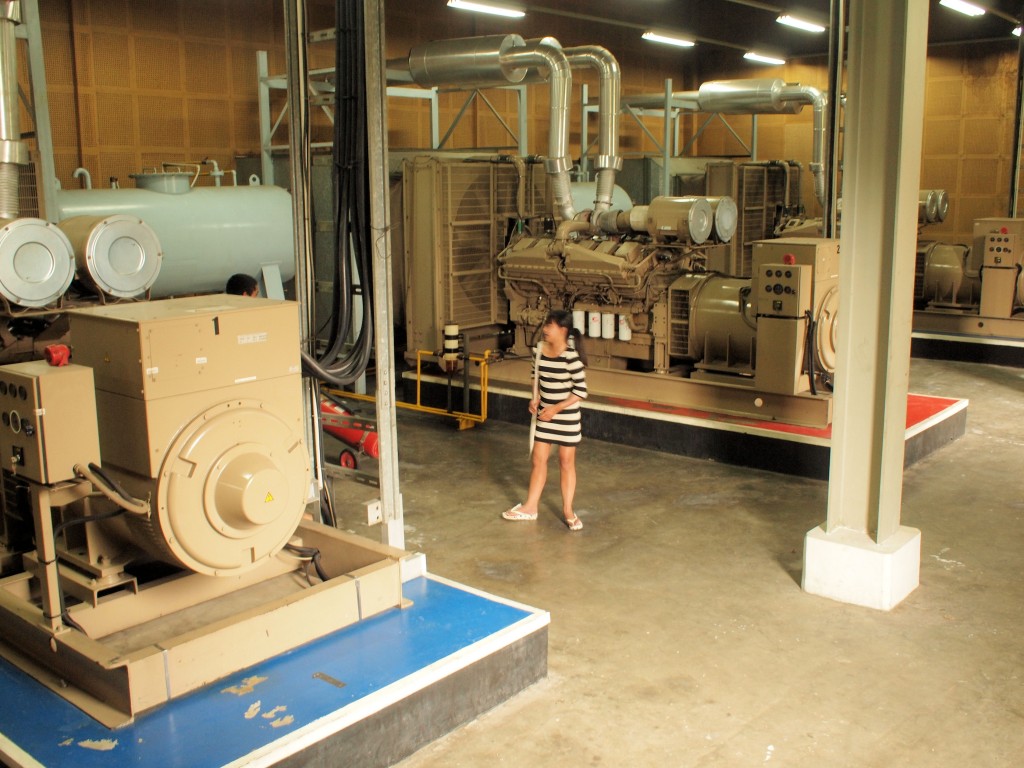 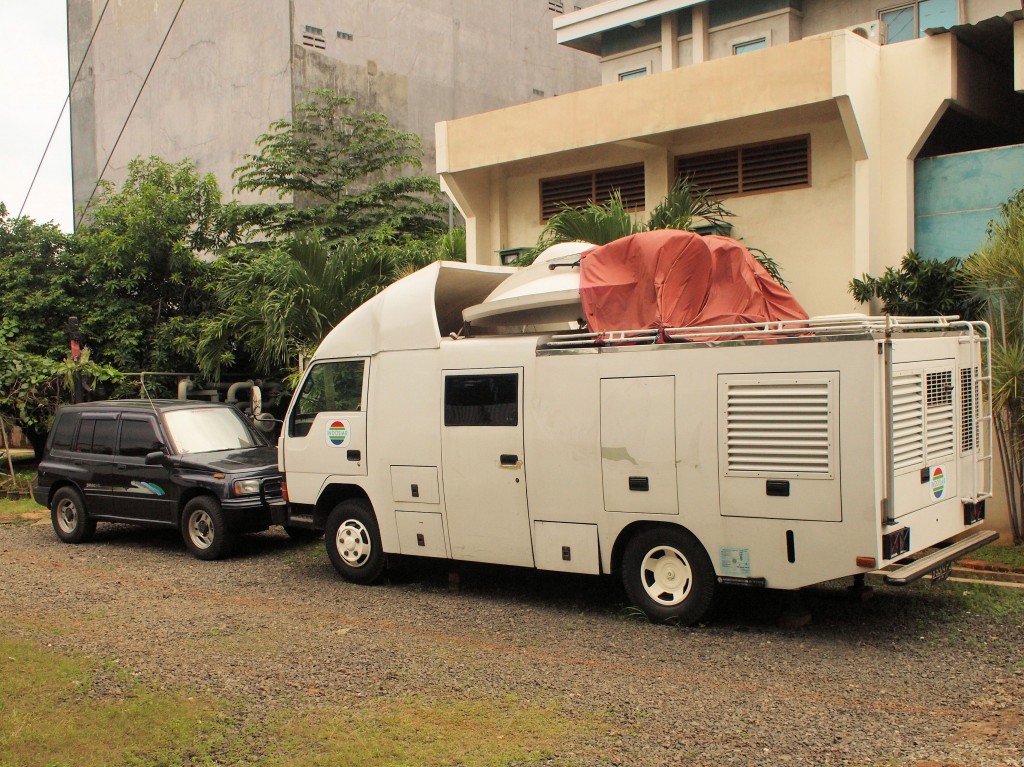 One of the ENG vans gets parked at the transmitter since the Daan Mogot studios are subject to flooding. A little more than a week after our visit Jakarta experienced some serious flooding that probably did not spare Kebon Jeruk. 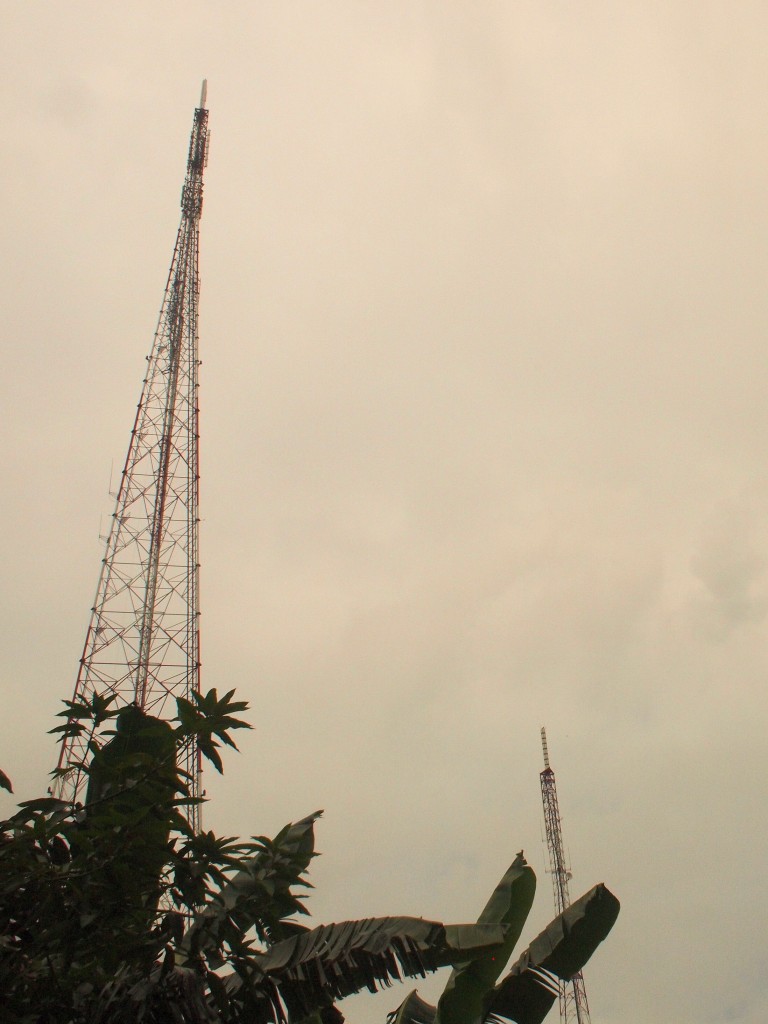 Across the block are the old and the new RCTI towers. Transmit antennas for RCTI and IVM are now close enough to solve the previous problem of viewers not being able to optimize their antenna pointing for both stations. 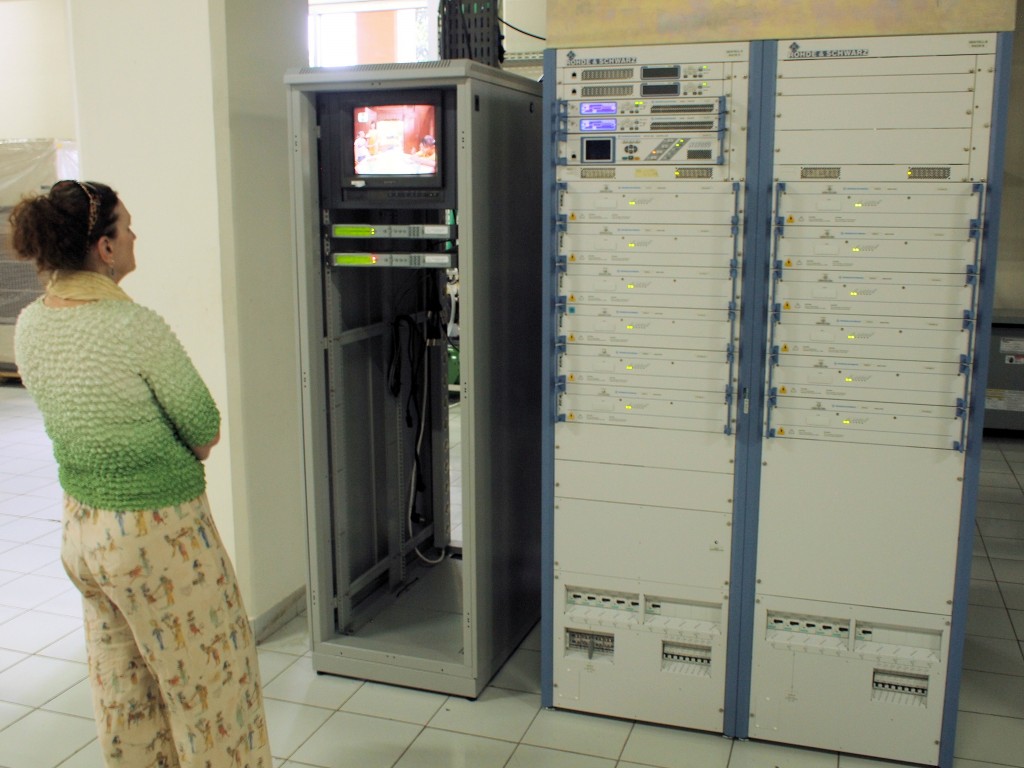 Not that many viewers as yet, but about half of the Indosiar transmitter sites also do DVB-T2. The digital transmitter here is from Rohde and Schwarz

Across the block are the RCTI towers and evidence of even more construction. The tall cranes that were part of the Jakarta skyline in 1997 apparently never left.

And now the unique tower. Rohn was the designer and fabricator of this tower. Catur Mitra Adhikara was the supplier of both the tower and the Jampro multi-station antenna that extends 20 meters above the 375 meter tower. The lower self-supporting section rises to a height of 120 meters. 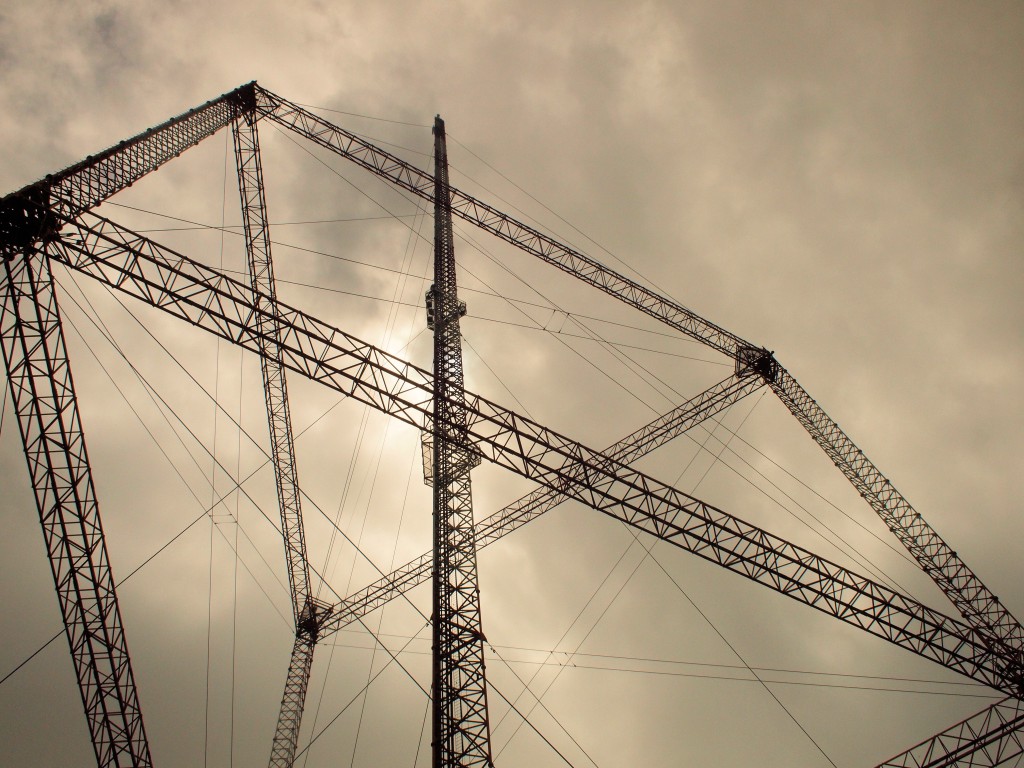 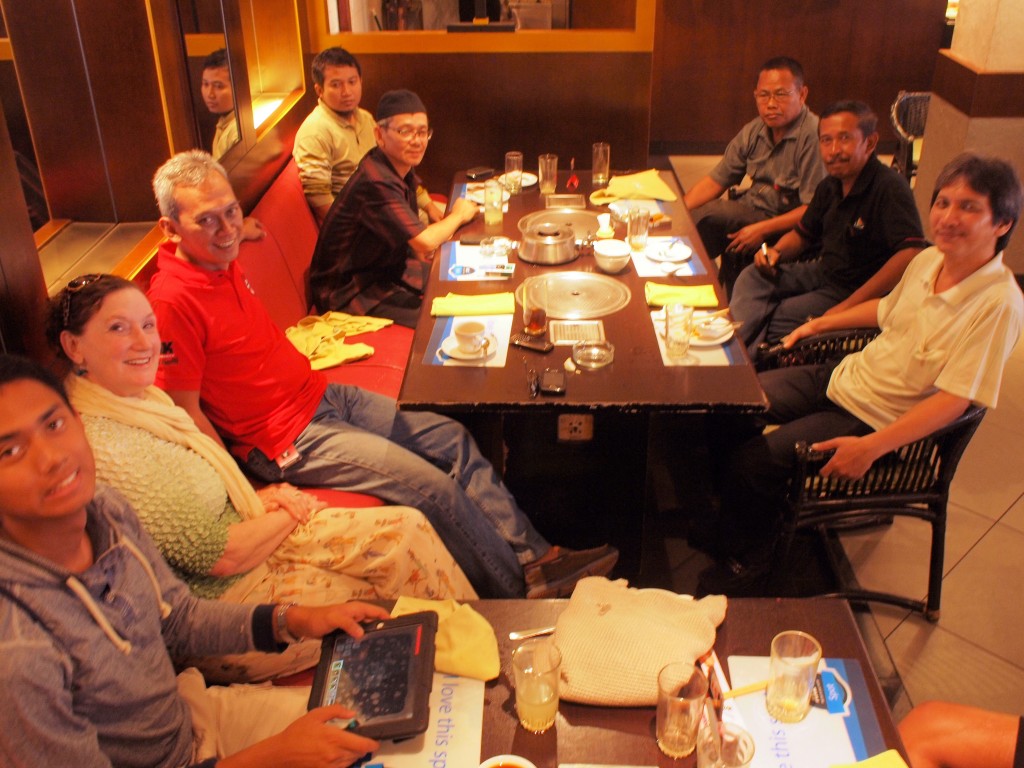 Tour over, we went for lunch at Paregu. This shabu-shabu restaurant was a great choice and there were ingredients so I could make es cendol for dessert. A nice ending to a fascinating tour.