“Another country heard from,” was a phrase used often by my father-in-law. The 1978 trip brought back slides from several countries, one of which was not on the original agenda.

This 1978 trip began with a Eurail pass. A visit to Barcelona gave me a look at Antonii Gaudi’s Basilica de la Sagrada Familia, one of the apartment buildings he designed, and his Guell Park. Sagrada Familia was still very much under construction at the time.

The Eurail pass actually got me as far as Greece with a discount on the passage between Genova and Athens. The Acropolis was getting reconstruction while I was there. I began to think that a construction crane or scaffolding was part of every World Heritage Site. In Athens I met some folks who were headed to Cairo for the Grateful Dead concert. With a cheap Egypt Air fare I managed to get my first look at Cairo on my Eurail pass trip.

The trip covered more distance than I had anticipated but offered some unexpected opportunities for photography along the way. 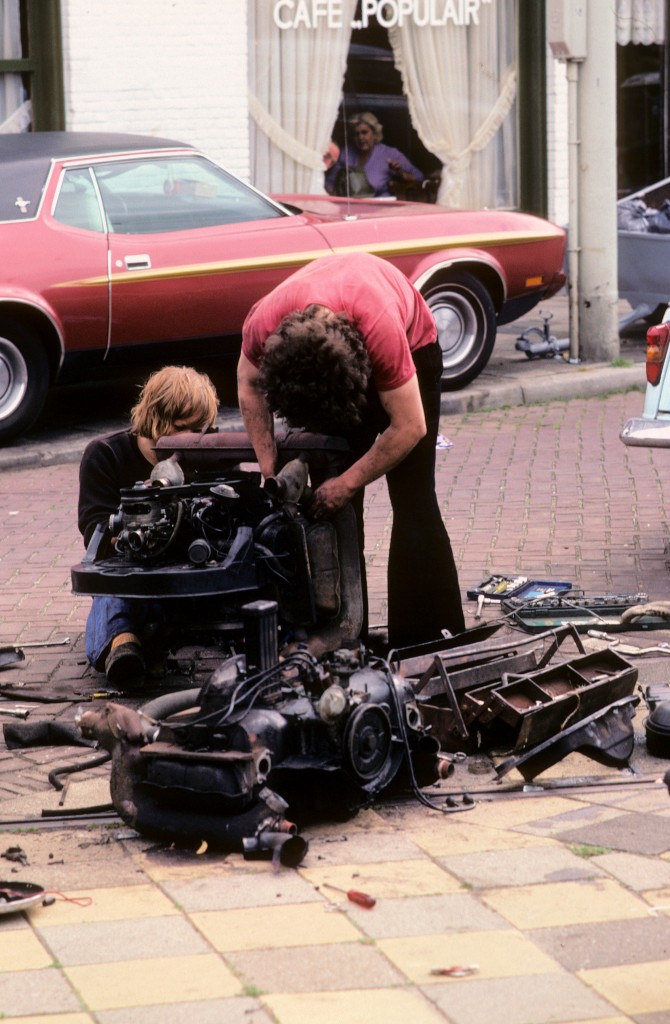 The trip starts and ends in Amsterdam. I don’t think major automotive overhauls are usually conducted on the side of the street in this city.

Basilica de la Sagrada Familia was impressive in unfinished form in 1978. I suspect it is more so now that is has an interior. 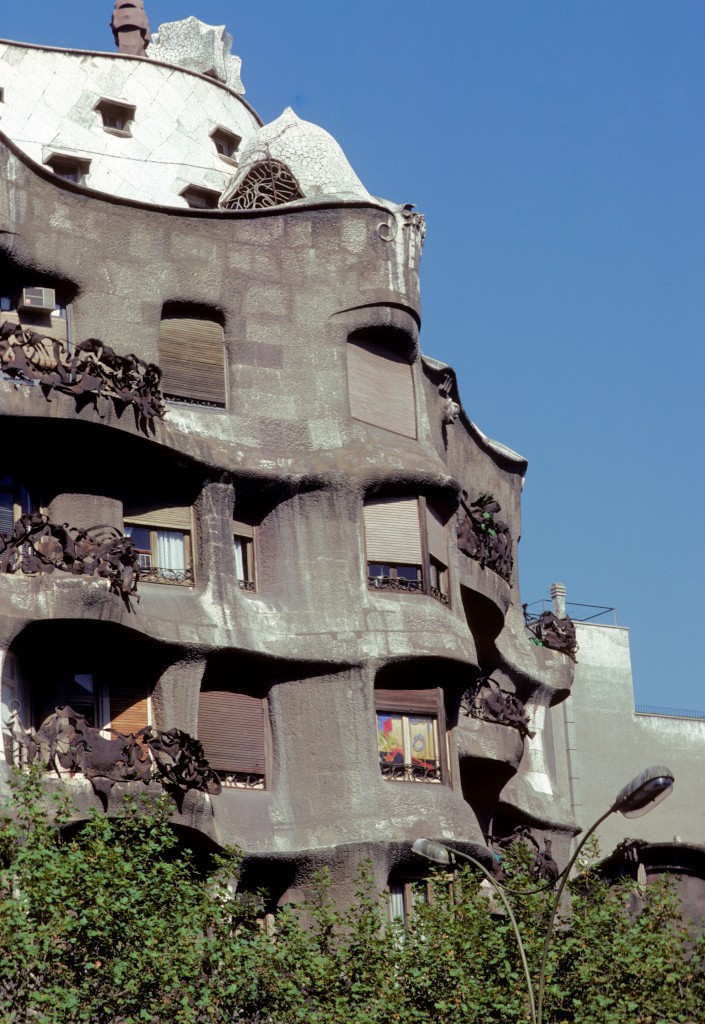 Some of the apartment buildings designed by Antoni Gaudi can be seen without leaving Barcelona. 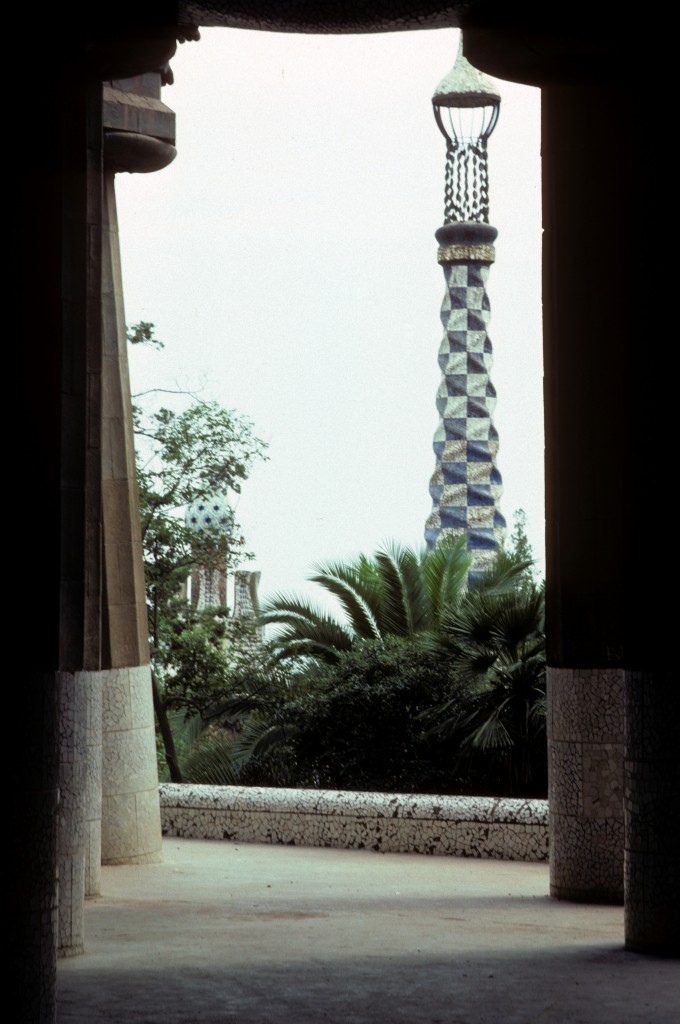 Park Guell is not your typical centerpiece of a real estate development project. Only two homes were built of the sixty planned by Eusebi Guell. One currently houses the Gaudi House Museum. 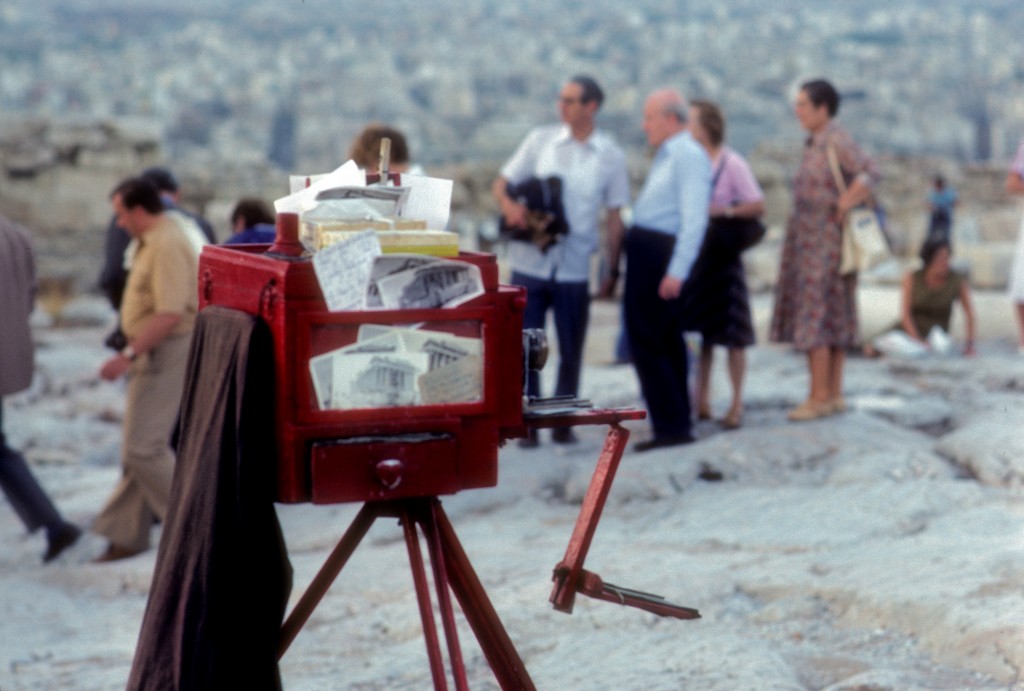 A bit of photographic memorabilia on the Acropolis grounds. Did you need another photo for your next visa? 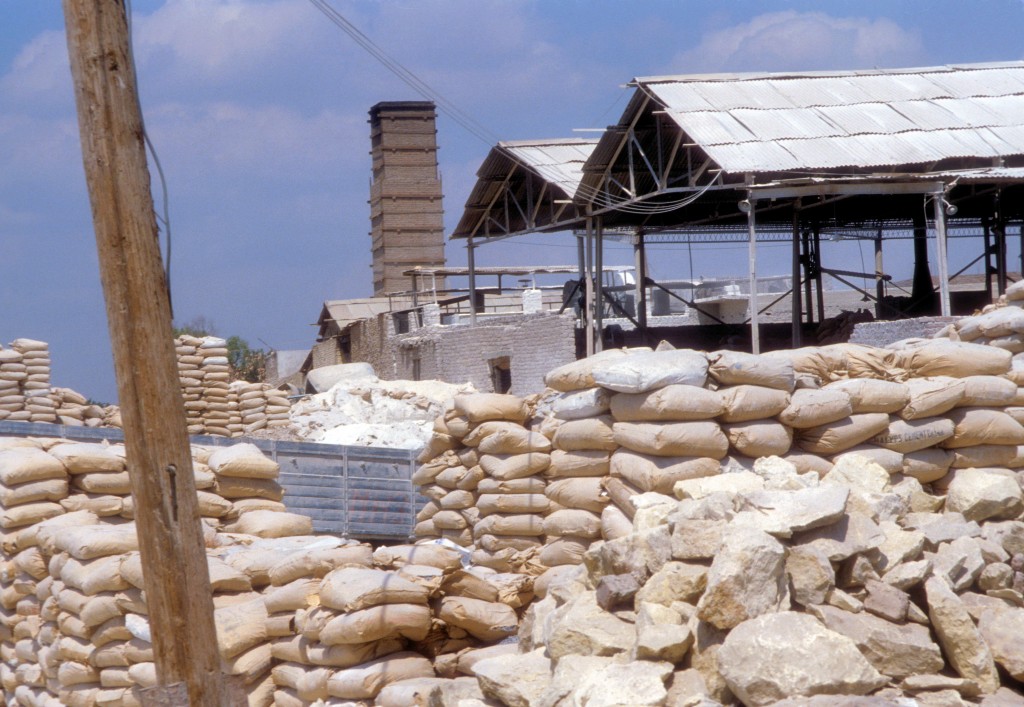 After the last of the Cairo perfume salesmen leave in disgust suggesting you, “Go to hell” you can complete the thought and make the short bus trip to Helwan. On the Nile opposite the ruins of Memphis, this city offers a respite from activities in Cairo. 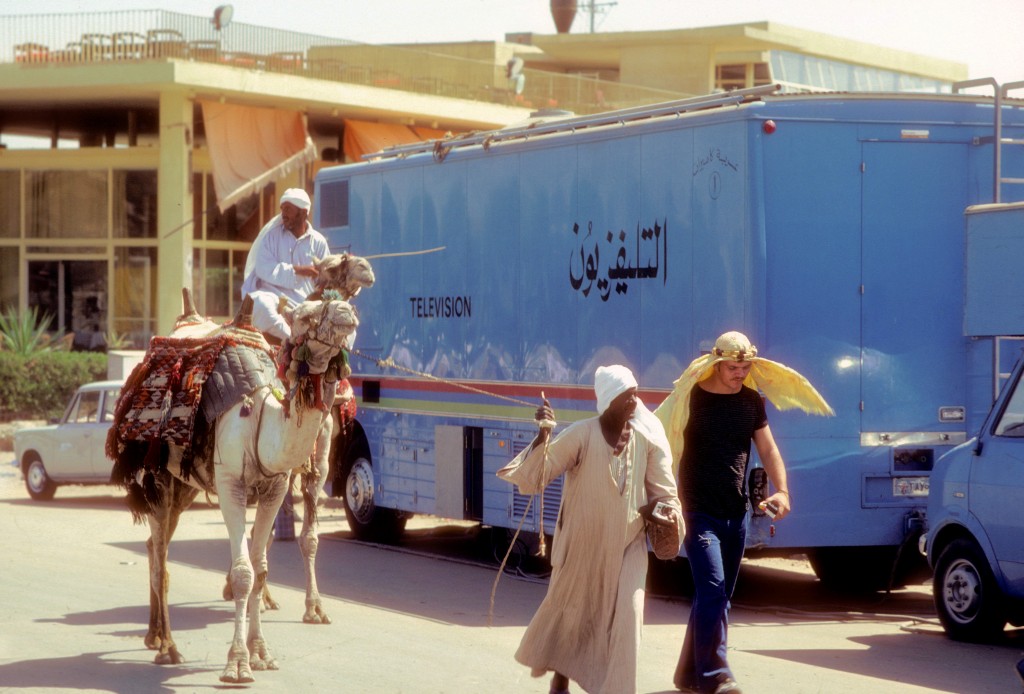 The Grateful Dead, with Hamza El Din, replaced the normal Son et Lumiere presentation in front of the Sphinx for three nights in September. Video taping made for some additional lighting requirements. 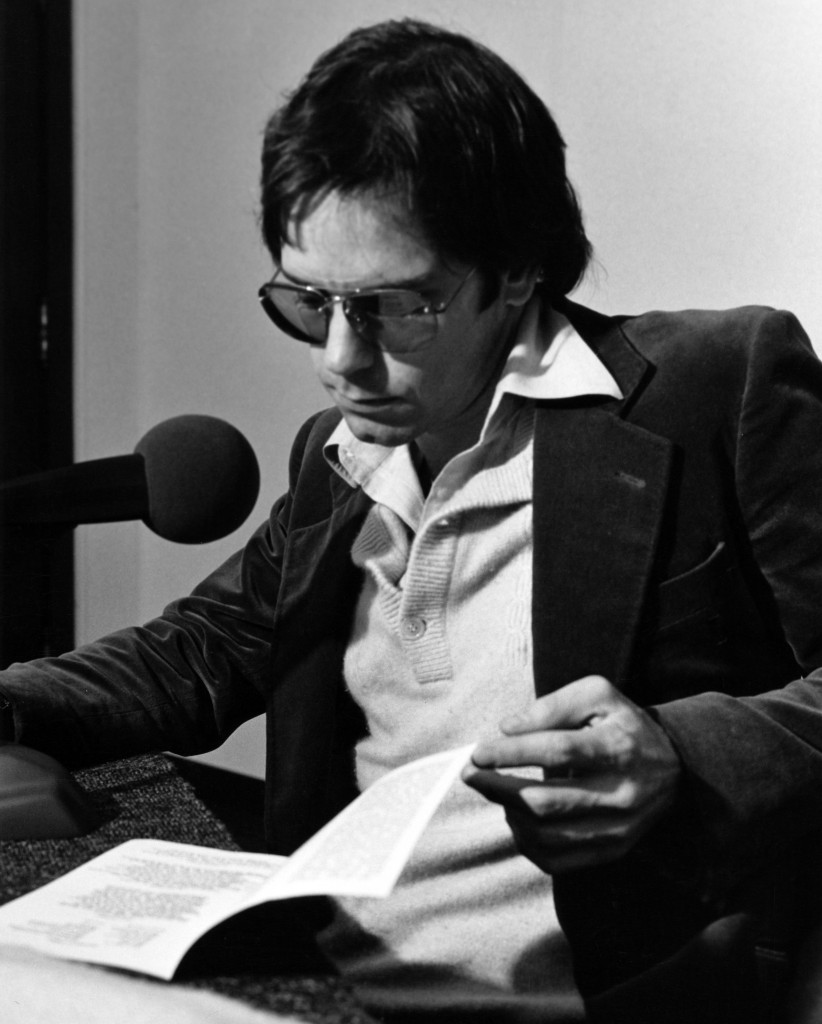 Bob Weir dropped by where I was working (WIBA-FM) in February the following year and I managed to get an autograph on the program from the Giza concert.

The rest of the photographs can be seen at Travelblogue.co under the category Egypt 1978.