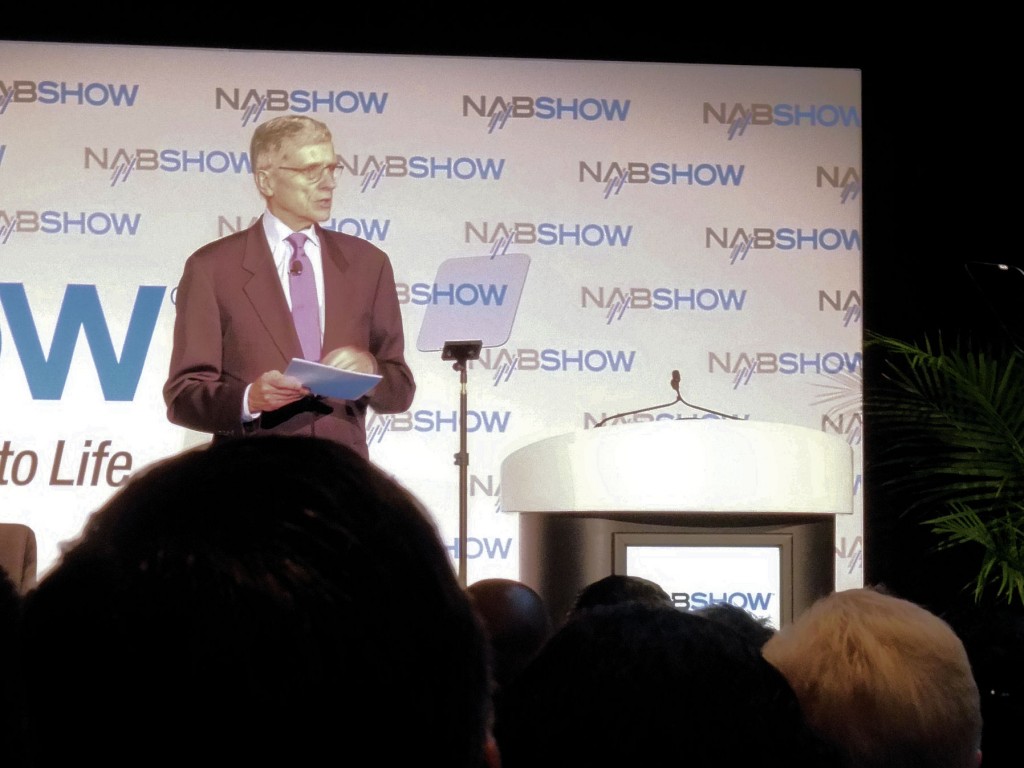 No one in the audience gasped or flinched noticeably when FCC Chairman Tom Wheeler started mentioning the acronym OFDM. (That’s Orthogonal Frequency Division Multiplex, a very efficient modulation scheme.)  No murmur went through the crowd of broadcasters when Wheeler brought up scrapping a transmission system that had been implemented at considerable expense only a few years previous. Once again, the new system is not backwards compatible and places 8VSB and the investment made in that digital technology on the scrap bin of technical history.

Sinclair’s Mark Aitken should have enough, “I told you so” ammunition in the Chairman’s brief remarks to last several lifetimes. He has pointed out since before the adoption of 8VSB how the system used by the world outside of North America has tremendous technical advantages – not only for single frequency networks (SFN) but for its flexibility in encoding techniques. A new standard is the only way to allow for higher quality video than that possible with the current standard. A new standard is the only option to allow more flexible use of broadcast spectrum for non-traditional purposes. The fact that OFDM is now the television modulation method of choice throughout most of the world is another practical consideration. This NAB exhibit floor had NHK demonstrating over the air transmission of 8K video, managing to do the transmission in a 6 MHz channel.

Chairman Wheeler pointed out that ATSC 3 is not backwards compatible with existing standards but that it is compatible with the repacking that will allow the next round of spectrum auctions. He proclaimed the recent channel sharing tests as successful and offered that concept to existing broadcasters as, “a risk free option.” He urged broadcasters to avoid the mistakes of the canal owners that were displaced by railroads because of their limited view of the product they offered, noting that the, “horizons are greater than the current product.” He suggested that broadcasters are more than what they have traditionally considered themselves, that they are, “digital information providers.” Wheeler contends that broadcasters have an advantage to those they see as competitors in the broadband sector, since they are already content producers and have no bars to entry into the broadband marketplace. “Open” is the word scattered into the later part of the prepared speech, as in open internet and open sesame.

I was surprised by this casual discussion of the demise of the current television transmission standard. Maybe I missed discussions that preceded these remarks while I was out of the country for a few years. It is nice to have the US join most of the rest of the world in a global transmission standard. (Can we scrap iBiquity and go with DRM, too?) Whatever the case, we are in for some interesting times once again.