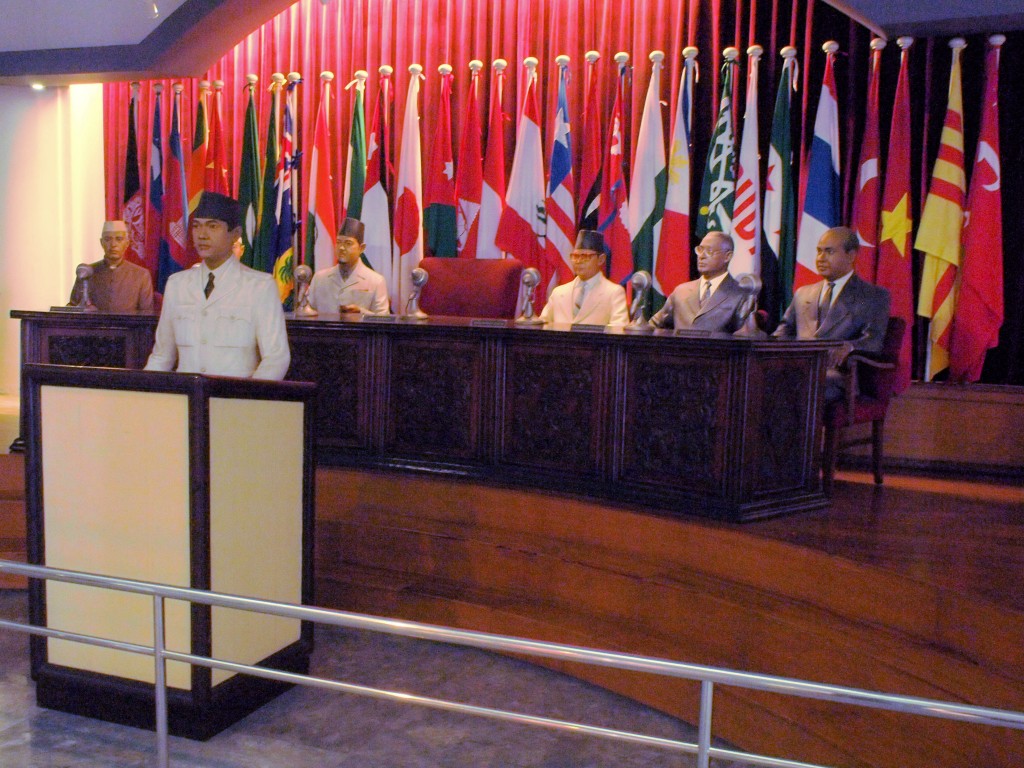 Bandung was the site in April 1955 for the first major Asia-Africa Conference. The site of the conference, Gedung Merdeka, is now a museum commemorating this historic event. Just above we see how it might have looked as President Sukarno addressed representatives of the twenty-nine nations assembled there. This conference is credited with placing the groundwork for what developed into the Non-Aligned Movement. 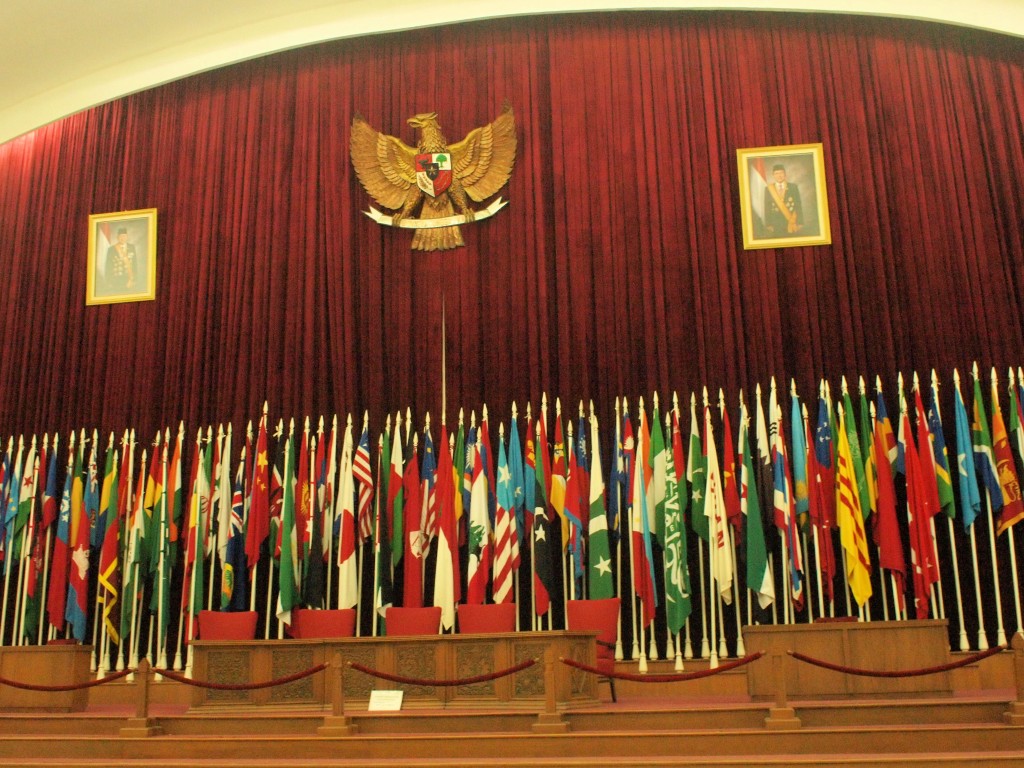 The actual conference chambers are preserved as shown above. 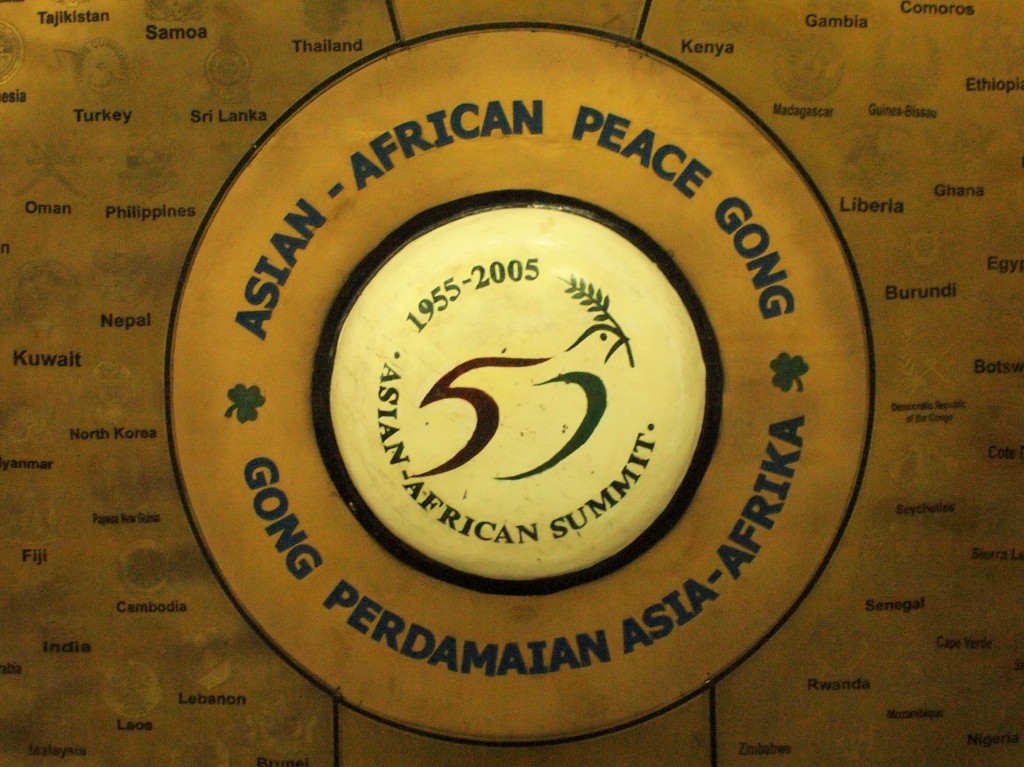 The Palestine exhibit is not part of the permanent collection here, so we were fortunate to visit at the right time. The Asia-Africa Conference declared its support for the rights of the Arab people of Palestine in 1955. Indonesia has long recognized the nationhood of Palestine.