I noted back in September in Marketplace Mindfulness that Google had again sought out Thich Nhat Hanh to bring mindfulness training to their cloud realm. A mere five months later, the “Don’t Be Evil” folks panel discussion, “3 Steps to Build Corporate Mindfulness the Google Way” was the scene of protest with an unfurled banner that linked Google with those corporate and government entities responsible for displacing San Francisco residents.

The live feed of the panel discussion was cut. The archive video does not include the protest. Tricycle magazine coverage includes an audience member’s recording of the skirmish with the protesters. Also found in the Tricycle coverage are notes from Curtis White. Here are his comments on ‘corporate mindfulness training.’

“As for Silicon Valley, it has a legitimate interest in the health of its workers, but it has little interest in [Simone] Weil’s notion of the “authentic and pure values.” Its primary aim is to bring Buddhist meditation techniques (as neuroscience understands them) to the aid of corporate culture, such as in the Search Inside Yourself program developed at Google”

White’s take is no doubt accurate and the early speculation that meditation or mindfulness training would change core corporate values is unfounded. What Google is extracting from their sessions with Thich Nhat Hanh is not even Buddhism Light but just some meditation techniques intended to make employees more efficient at doing work which may or may not be evil.

The Tricycle article includes the attendee video recording of the protest scuffle and further commentary on the significance of corporate mindfulness training from a Buddhist perspective;

Done! I finally managed to make use of Corel VideoStudio to get a slide show with an audio track made into an MP4 product. A bit more converting of slides into digital and I may no longer have to worry about what might be the archival properties of Kodachrome slides when stored in other than ideal conditions. I may be able to dispense with the aging Kodak Ektagraphic projector. I don’t have a decent surface on which to project anyway.

McLuhan in 12 Minutes was another project done for Charles Holzbog’s Art 480 class at UW-Parkside around the beginning of 1971. It is derived from Marshall McLuhan and Quentin Fiore’s book The Medium is the Massage published by Bantam Books in 1967. My project offered a different visual treatment for the media effects McLuhan describes in that book and in some of his other works. 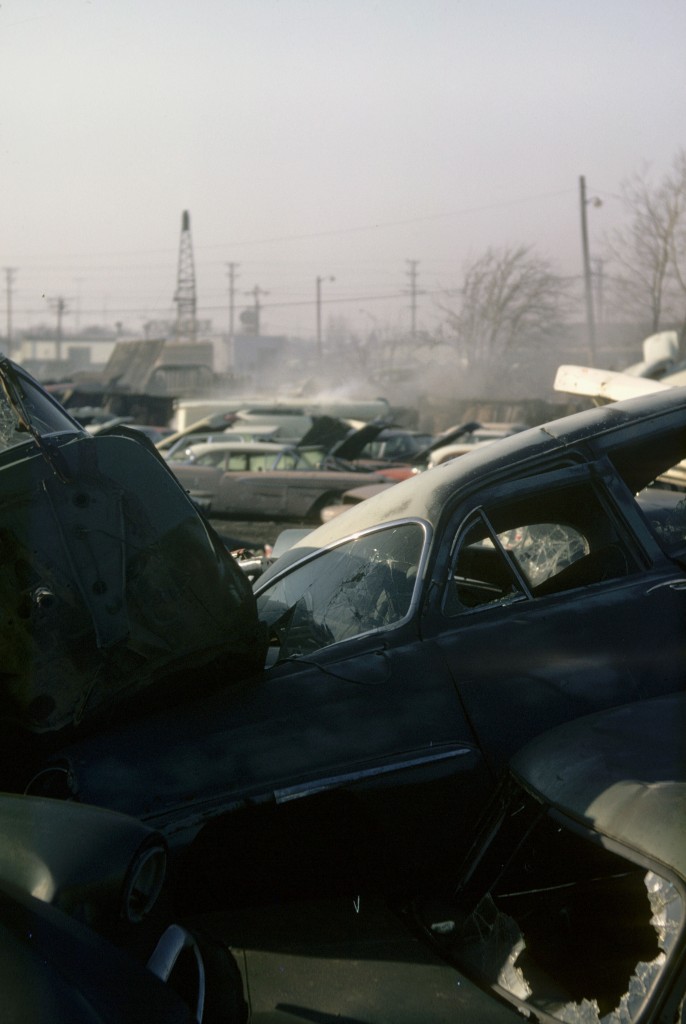 As noted in the previous post, Organik and Parkside!, two other Chuck Holzbog class projects, can also be found as MP4 files now. All of them are available in the Video category files at Travelblogue.co.

I have become a convert to digital imaging and will never want to go back to the use of silver halides. Still, I can never open a bottle of vinegar without thinking, “stop bath.” Is that another media effect?

Over on Facebook you can create a video from your timeline entries made over the ten years of the company’s existence. That is their birthday present to their billion or so users. I haven’t tried that yet.

I was instead prompted by all this interest in archival images to finish the task of getting my dabbling with film brought into the digital realm. I no longer have access to a film projector. (To be fair, they no longer have one at the local cinema either.) I don’t even own a reel to reel tape player. So, a few challenges to getting my old relics dubbed to video.

The film belatedly titled Parkside! was one of the prime motivators to doing this work. Much of my spendable income as a student went for the 16mm film stock and processing to produce this film as a project for a class of Charles Holzbog in 1971. I have not been able to screen the film for over forty years. Now I can screen it on an LCD display.

The film presents a documentary style approach to an event that never happened. It is descriptive of the mindset of a college student in the early ’70s. 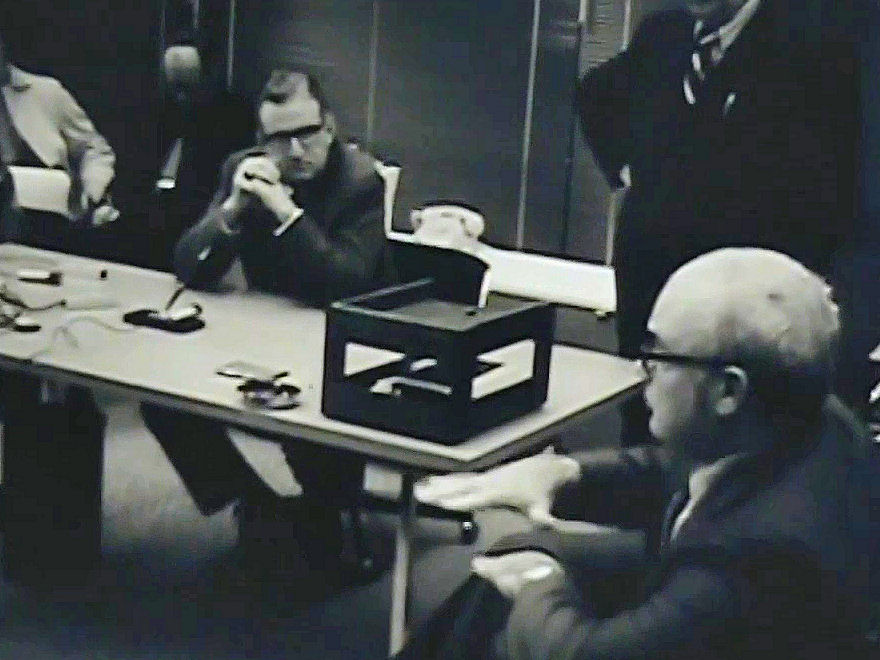 Then there is Organik. This was done with a Fujica Super 8 camera to learn the fundamentals of motion picture photography and editing. Funny how forty years changes everything. These films were put together with tape splices and a calculator to convert length into time. Now the magic of an optical printer is available on the simplest of video editing software. There’s never any need to squint at short pieces of film to see if you cut your product in the wrong place. No need for A and B rolls as such and no need to think about whether you have to shoot with negative stock and wait for a positive from the lab to start in on rough edits. Now that video has caught up with film in resolution and dynamic range, film making has become much less clumsy. The process of moving from vision to product has been considerably streamlined. The art remains the same. 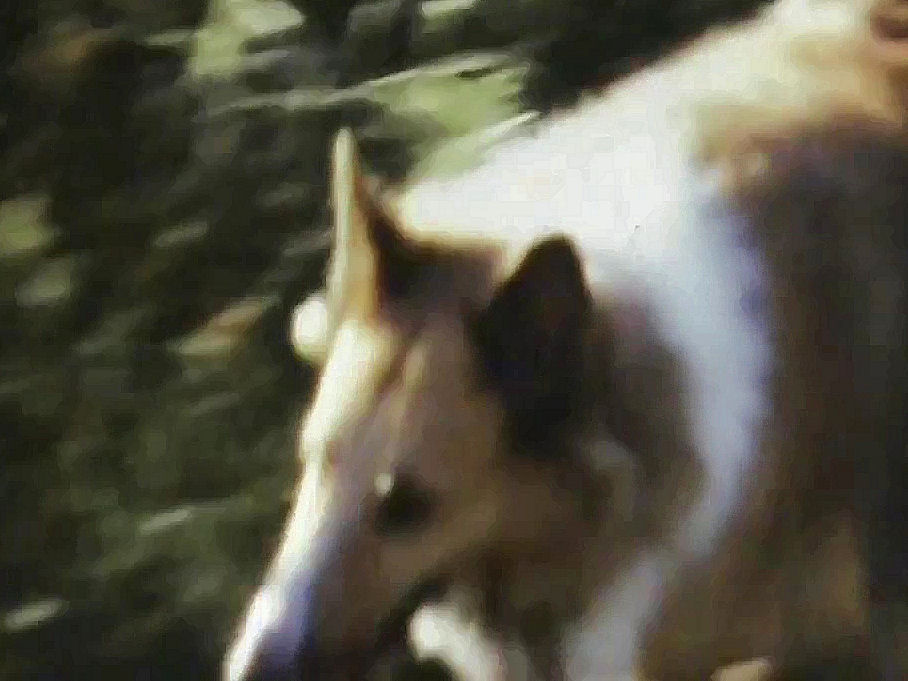 There is more on the way as soon as I can sort out how to get a slide show with audio into MP4 format. Creating a transition that looks like changing slides on a Kodak Carousel projector may be needed to keep the original feel of the presentation. Coming soon, I hope.

The next big thing in video cameras is mono. The sensor development that have made the ARRI and RED cameras so marvelous is now working magic with monochrome. Nofilmschool.com has posted notes on the Arriflex Alexa XT that show it to be a very impressive instrument.

Let me add a clip of some of those specs;

The notes on the ARRI mono camera follow notes on the RED EPIC-M monochrome camera. The headline stirs strong memories of Tri-X reversal film but the RED mono camera, like the ARRI, has a native ISO of 2000.

Just as ‘moving pictures’ did not mark an end to still photographs, color motion pictures do not necessarily obsolete black and white. I certainly hope that these new tools will make for some renewed interest in creating cinema in monochrome.

This photo keeps cropping up any time that the Taliban get mentioned in a news article unrelated to a specific incident. 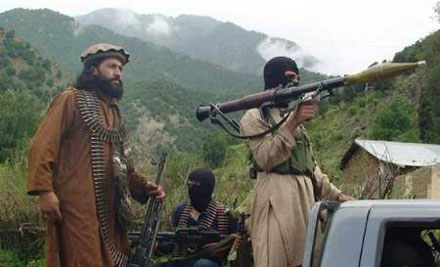 This photo always strikes me as something extracted from a grade B film rather than a bit of candid photography done in Eastern Afghanistan. I mean, the scenery resembles that of Ojai more than anything near Waziristan.

The last time I saw this photo used was in The Indian Express. It’s curious that no credit was given to the photographer or agency.

Most of the elements in this photo seem poorly assembled. The pakol seems out of place. The insurgent wearing it seems to have prepped himself with clean clothing and trimmed beard on discovering that today was the day of the photo shoot. The bandolier and lightweight vest look like props borrowed from a different movie set. Does the face cover on two of the ‘insurgents’ make sense in this setting? How common is a metal roofed building in this part of the country?

Maybe it’s just me but the more I look at this photo, and it seems to keep cropping up in unrelated stories, the more it seems like something staged in the West for sale as a “Taliban fighter” stock photo. Does anyone know the origin of this oft used image?

Deborah McAdams made note of the 4K over the air demonstration at CES earlier this (January 2014) month in Las Vegas. She also calls our attention to the fact that doing this in the future is not possible under the current FCC regulations. Experimental transmission was done with the DVB-T2 standard in use in Europe and most of the rest of the world.

The US was dragged, kicking and screaming, to adopt what is now a twenty year old technology standard that also has saddled their broadcast spectrum regulations with the accommodation of that particular technology. McAdams promotes more flexible spectrum regulations to allow broadcasters to adapt to the next generation of broadcast capability, “broadcast quality” if you will. The alternative is to leave over the air television behind as 4K becomes available by cable, satellite, and even internet delivery.

Broadcasting, the Next Generation

My thanks to Yuen Kit Siew and Loh Siu Yin for the title to this note. Their company, Beyond Broadcast LLP, has been dealing with issues like this over the full course of its existence..

Thich Nhat Hanh’s visit to the United States is making waves beyond those created at Google headquarters. His visit to New York both created a stir and calmed some stirrings as described in Tricycle magazines description of the Blue Cliff Monastery’s visit to Manhattan which included both sitting and walking meditation.

Waking Up The Nation

What an auspicious time for a visit to the US by the man who is credited with influencing Dr. Martin Luther King, Jr. to speak out against the Vietnam War.

Mindfulness is in the news again, outside of the Buddhist publications. This time it involves Thich Nhat Hahn’s visit to Google headquarters as reported in The Guardian.

Mindfulness practices are said to have spread through the Google corporate workplace after a visit in 2011. We can look with positive anticipation to find whether mindful practices at Google will have the effect of alleviating suffering for the many people [most everybody] impacted by the work of Google. This could be a step well beyond, “Don’t Be Evil.”

In back of these clouds rises the 7,555 meter peak of Annapurna 3. Other clouds hide other tall mountains. The monsoons are still with us one week away from the end of August and everyone waiting for the sunrise views at Sarangkot will see mostly clouds. There’s a  metaphor here somewhere. Everyone recognized that some of the taller peaks of the Himalayas were in back of the clouds. Nobody believed that the mountains had been removed by the monsoon cloud cover. No one was here to watch clouds. 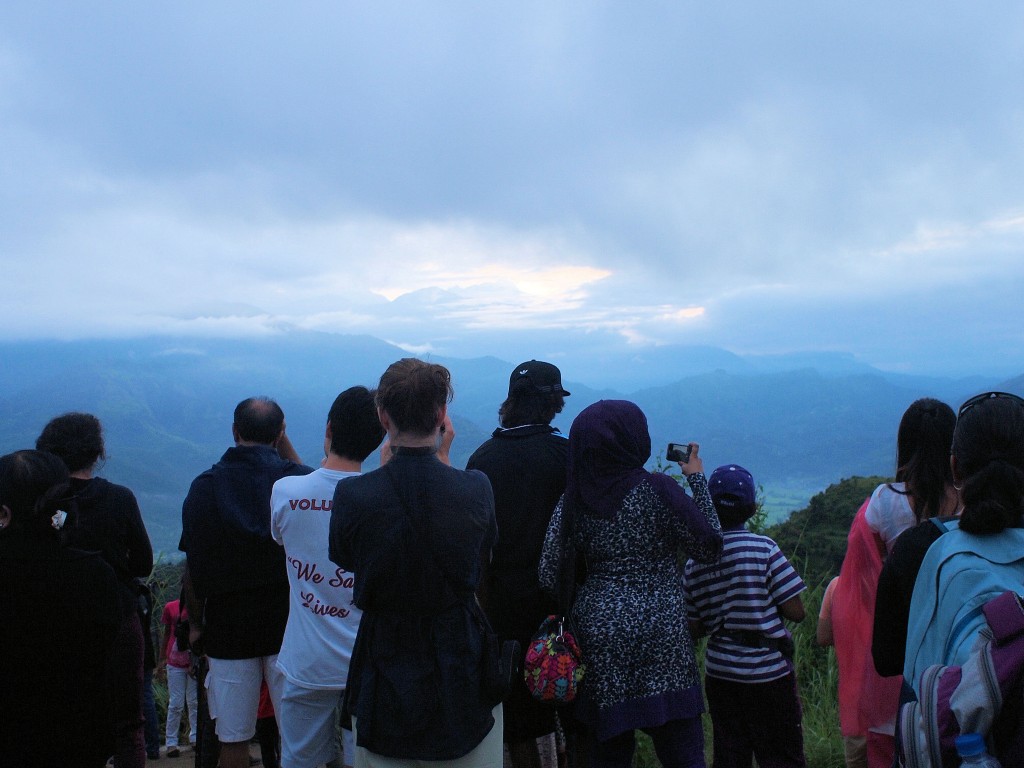 NASA tells us that the sun’s magnetic field is about ready for a reversal. Don’t be too concerned, this is a big event but a regular part of the eleven year solar cycle.

The Sun’s Magnetic Field is about to Flip

Space events keep playing a more and more important role in our lives. Massive solar flares used to go unnoticed until we started to string telephone and electric power cables overhead. Now we have satellites and space stations that can receive severe damage from a healthy dose of radiation from our nearest star.

If you are not tasked with taking care of objects in space, though, the increased radiation might provide benefits to radio propagation on some higher frequencies than normal and some unusual auroral displays. Keep looking up.